Theses conferences are in French.

Click on the French flag to read the presentation. 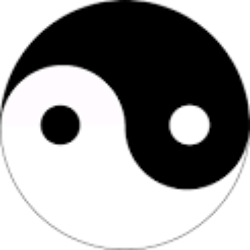 The challenge of qualification for the application of regulatory regimes. For example, what is a bitcoin?

Qualification is the key operation in Law.

For example, if one says what a bitcoin is, then one assigns to it the regime which corresponds to this "nature" that one has thus said;

One could say that the "token" that it constitutes corresponds to nothing of what it existed before. In this case, their creation, storage, management, sale, loan, purchase does not correspond to any particular category that pre-existed. They therefore come under what is called "the category unnamed".

It is then in a liberal system the vacuum of liberty that applies to it. In a system of liberty, it is contractual freedom, freedom which attaches to the property right, the articulation between the contract and the property being sufficient. Technology can establish such a qualification, because the risk inherent in a system of freedom is also borne by the blockchain mechanism. Indeed, by the spread of risk on the one hand, and the safety of machines on the other, there would be no need to worry, and the principle of freedom could give credence to the idea that the "token" would be a sui generis category.

But central banks and financial regulators are probably not convinced and prefer to qualify by bringing the "token" to a pre-existing category, which automatically triggers the legal regime. It is well known that the art of qualification consists in choosing from among the attainable qualifications the one which will allow the application of the regime which is the most adequate to satisfy the aim which one wishes to attain. In terms of regulation, governed entirely by goals, qualification is therefore primarily a matter of strategy.

Now, to affirm that the bitcoin is a sui generis object amounts to not regulating its emission, usages and intermediations, not to control those who make use of it. It amounts to taking away the merits of self-regulation.

First of all by the Central Banks. Bitcoins and other tokens, based on the mechanical security of the blockchain, can be described as "money" when it is a matter of their acquisition to allow people to  access other goods. The central bankers retained the qualification of "currency", which does not prohibit their issuance but which justifies the application of banking Regulation.

Then by the Financial Regulators. Indeed, the same tokens of securities and financial instruments can be described when they are issued by persons who issue them to raise funds, buyers bringing money not to acquire other things but in consideration of  the future value of the undertaking which issued them. On July 25, 2017, the SEC therefore classified them as securities and applied all of the financial law in order to protect these investments and the capital markets.

Once again, we measure that the norm of the Regulation resides in these aims and that on the other hand its main tool is in the qualification of the various activities which are "new" only if the Regulator wants it