To allow the growth of the drone industry, February 11, 2015 the US Federal Aviation Administration relaxes its rules on the matter 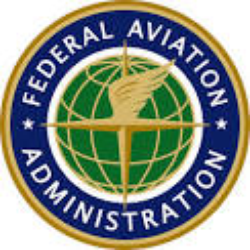 The theme of the relationship between regulation and innovation finds every day new illustrations. The example of the drone is particularly noteworthy.

Indeed, the drone is a technical object that moves in the air without being driven in an immediate way by the hand of man.

The legal mechanism of qualification brought the drone in the category of "aircraft" and submit it to the regulatory power of the civil aviation regulator.

This is why regulators have taken restrictive positions on drones used for commercial purposes, to the extent that the presence of human beings, most the pilots, are the condition for the safety of people. The fact that the drones fly with "no one" led to consider as a danger a prior, which led regulators to take restrictive measures on flying drones for commercial purposes, restricton consistent with the regulator's intervention criteria, without taking into account external rules, such as the protection of privacy.

But whatever the sector, regulators see themselves increasingly as economic regulators. If we adopt this perspective, a restrictive approach appears to be nonsense.

In the interests of balance in both approaches, the safety of people and the economic development through innovation, the US civil aviation regulator, the Federal Aviation Administration is developing new rules.

February 11, 2015, Federal Aviation Administration raised the need for a legal framework for commercial drones. The reason for this is economic. As it writes: "It is anticipated that this activity will result in significant economic benefits".  Indeed, Article 333 of the 2012 ACT of modernization and reform  imposes registration procedure for every commercial unmanned flying object in the sky!footnote-28. But this hinders business development, and therefore the incentive to technical innovation drone.

It was necessary to find a balance between security of persons and lifting of barriers to economic development. This is why the FAA will distinguish between "small" and other drones. The former are particularly useful in agriculture. To the extent that the former do not constitute danger to persons, an exemption from this procedure (Article 333 exemption) may be given concerning them.

One can analyze this evolution of air Regulation in two ways. First, it is for air regulator to take into account fundamental innovation of flying machines with "no one": innovation will be the base of a huge market for which strict regulatory rules could have been the troublemaker. The consideration of the safety of people remains since only drones "small" are allowed. In addition, they will have to remain at low level and away from airports and housing.

Second, the Regulator reacts by pragmatism. The ban on commercial flight drones hasn't prevented investment in this area. So far, the regulator had instead chosen not to react to the open violations of the standards, from the moment that the safety of the people wasn't in danger. The idea of the new conception is to promote this new market by putting the rules protecting the physical safety of people.

This conference is managed by Professor Julien Chaisse.

It is organized by the Centre for Financial Regulation and Economic Development, Faculty of Law – The Chinese University of Hong Kong.

This conference aims to better understand the legal mechanisms for international regulatory mechanisms of water, especially in view of climate change, to articulate the role of states and private investment contracts, to understand the legal nature of water as a "resource" but also as "human right" especially in view of the determination of its price, and to mesure the legal consequences of globalization on the matter. 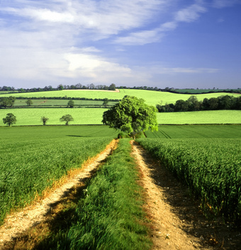 II-12.1: The French ban on GMOs declared illegal by the French Council of State. Yet, the interdiction will be perpetuated, Ministers said. 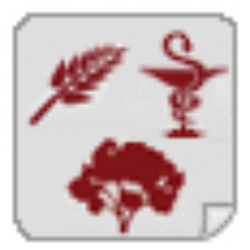 On November 28th, 2011, the Conseil d’Etat (French Council of State) ruled that the ban on GMOs established by several ministerial decrees in December 2007 and February 2008 is not valid. The main reason for this decision is the lack of sufficient proof given by the French government that GMOs represent a high threat for public health or the environment. Yet, the French Ministers of Agriculture and Environment declared on January 13th, 2012, that the same probition will be adopted.