In Japan, the Act of 20 June 2012 adopted a new Nuclear Regulatory Authority. It will be established in September 2012.

The Belgian regulator of energy released a study on 21 June 2012, which considers that the projections of the Belgian Administration in the production of energy are inaccurate.

In India, the Court of Auditors published a report on 16 August 2012 criticizing the Atomic Energy Regulatory Board (AERB) for its structural lack of independence. 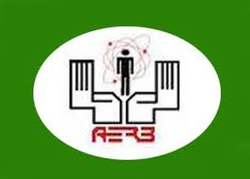 India is transforming its energy policy, because it depends too much of coal and plans to expand its nuclear industry. Its agency, the Atomic Energy Regulatory Board (AERB) is in charge of overseeing nuclear security. But the Indian Court of Auditors issued a report on 16 August 2012, claimed that such a nuclear deployment could not take place only if the agency is structurally modified. Indeed, it is currently dependent on the federal Government, while independence is required for any regulator. In addition, it has no real powers of control and intervention. It is therefore not a true regulator, and in these conditions, expand nuclear energy would constitute a great risk.