In Japan, the Act of 20 June 2012 adopted a new Nuclear Regulatory Authority. It will be established in September 2012.

The Belgian regulator of energy released a study on 21 June 2012, which considers that the projections of the Belgian Administration in the production of energy are inaccurate.

On July 31, 2012, the Secretary of the Treasury of the United States request to the Federal Housing Finance Agency (FHFA) to reconsider its refusal to apply its program to reduce the amount of capital to reimburse in the real estate loans yet due. 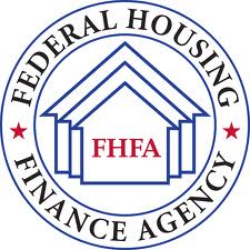 We know the importance of the credit mortgage c in the United States and the place of its failure in the financial crisis of 2008 and those that erupted. The refinancing market of the real estate loans is held by three operators, including Fannie Mae and Freddie Mac. This market is regulated and overseen by the Federal Housing Agency (FHFA). This agency has the power to adjust as needed to lower the principal amount of mortgage debt if market value of purchased assets decline also. But he Federal Housing Finance Agency (FHFA) sought for this purpose by the same firms of refinancing acting at the request of the Government, refused to allow such an adjustment. On July 31, 2012, the Secretary of the Treasury of the United States is expressed "concern" of such refusal, which risk to distressed companies of refinancing of mortgages, including the rescue has already cost so much at the first time.