WHAT LEGITIMITES PUNISHMENT IN FINANCIAL SYSTEM ? 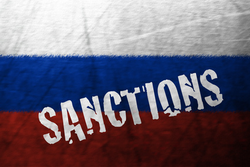 The repression is inseparable from how to repress. This is why the procedural difficulties are indicative of underlying fundamental problems. Currently, the basic issue updated by the battles around the procedures of financial sanctions is about the sanction bais.

Moreover, if it happens that people commit reprehensible misconducts, perceived as such by the social group, they should be punished, possibly up to the prison. Only the criminal justice is legitimate to do so legitimately weighed down by the burden of proving intentionality, etc.

We must distinguish these two types of criminality. It is from there that the two procedures and two probationary systems can take place at the same time but on different offenses.

For now this is not the case, as "financial misconduct" are only the carbon copy of "financial crimes" lightened loads of evidence that protected the defendant and who should answer for now twice.

Procedural problem? No, problem of criminalization, which won't be released by procedural solutions, the most hazardous being to create a new institution, the most calamitous being to weaken the system by removing one of the ways of prosecution. It is necessary to make distinctions in the offenses that are currently redundant.

Thus, repression as a regulatory tool used by the Regulator is in focus, but the real financial criminal law remains to be consolidated to achieve its own and classic goal: punish faults including through the prison.

War of the priority issues of constitutionality : by decision of the 19th of Decembre 2014, the "chambre criminelle of the "Cour de cassation" (French Supreme Judicial Court)the question of the constitutionality of accumulated penalties. The Constitutional Council has it not already implicitly answered? 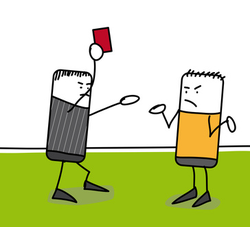 This is currently the great battle and no one knows the outcome.

By its jugdment Grande Stevens of 4 March 2014, the European Court of Human Rights held that a state can't punish a person for a criminal penalty and administrative penalty for the same fact, criticized in market matters.

In the movement of the "dialogue of judges," the Conseil d'Etat (French State Council) asked 27 July 2014 the Conseil constitutionnel (French Constitutional Counci) l the question of compliance from this addition to the French Constitution for financial penalty in the use of public funds. By a decision of 24 October 2014, the Constitutional Council considered that this combination was consistent with the Constitution, mainly because the administrative sanction would be a "different kind" as  punishment, because each pursues a different objective.

In turn, by a judgment of 17 December 2014, the Cour de cassation  (French Judicial Supreme Court) decided to refer to the Constitutional Council two priority issues of constitutionality.

The presentation of the problem by the Cour de Cassation is the following. By its terms, it shows the hostility of the Court of Cassation to the doctrine hitherto developed by the State Council and the Constitutional Council.

First, the interpretation of French law provides penal proceedings against a person for facts on which it has been exonerated by the financial regulator by the Sanctions Committee thereof. This may contradict the constitutional principle of res judicata, as incurred administrative penalties are comparable to penal sanctions.

Second, this possibility could also contradict the constitutional principles of equality, necessity of criminal law and respect of non bis in idem mechanism.

Certainly, cleverly, the Supreme Court asks not accumulated penalties but of double jeopardy, which when one went out to "turn" the other.

Will the Constitutional Council get easier in accordance with European design without recant ? For example, it could estimate that the cumulative sentences is eligible as soon as proportionality is respected, but the extinction of a case before a judge removes the ability to exercise the other?

The Finance Committee of the Senate works to think in a more consistent way sanctioning powers of financial regulators need. Indeed, sanctions are tools that must be thought at first hand according to the goals that must be provided in the second part in relation to other tools the financial regulator has, in the third part in relation to the purposes and powers other authorities are responsible and have (supervisory authorities, European bodies, foreign and international judges, professional authorities).

It is in this overall vision that this storm that exceeds the glass of water must be replaced.

A symposium is held in Paris on 11 December 2014: whether or not a single court to impose the sanctions on financial markets

To read the presentation (in French), click on the French flag.

This article is written in French.