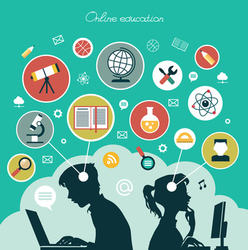 The Autorité des Marchés Financiers (AMF- French Prudential Supervision Authority) set up a Scientific Advisory Board under the supervision of its president Gérard Rameix, who is also president of the AMF.

The conference was opened by François Villeroy de Galhau, Governor of the Banque de France (France’s central bank). He stated that financial literacy “shall help everyone make informed decisions”. In this regard, financial literacy is a “factor for economic efficiency and social fairness”, which justifies involvement from public authorities- including, namely, the Banque de France. In partnership with both the Autorité de Contrôle Prudentiel et de Résolution (ACPR- French Prudential Supervision Authority) and the AMF, the Banque de France ought to be a “caring educator, but an attentive regulator”, as it is “imperative that financial literacy and Regulation should be taken forward jointly, as to allow for new technologies to develop, which would be understood by all and for the benefit of all”.