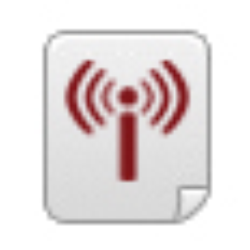 The French telecommunications and postal regulator (ARCEP ­– Autorité de regulation des communications électroniques et des postes) possesses the statutory power to settle disputes that may arise “in cases where access or interconnection is denied, commercial negotiations fail, or where there is disagreement over the conclusion or execution of a contract granting access or interconnection to an electronic communications network.” This power bears witness to the “civilization” of Regulatory Law, since it allows the regulatory authority to make decisions on disputes arising between two economic agents.

Fiber optic technology requires costly and specialized investment in infrastructure. The origin of the conflict at hand between France Télécom and Numéricâble is the historical repartition of property. Indeed, the French government adopted the “plan câble” (cable plan) in 1982, which justified the construction of specialized infrastructure in the form of pipes and furrows (civil engineering). In 1999, France Télécom—to which the government had already sold ownership of the civil engineering works and the cables that passed through them—sold ownership of the cables to the relevant operators, while maintaining ownership of the pipes and furrows in which they had been laid. Contracts between France Télécom and Numéricâble were signed in order to govern the occupation of France Télécom’s proprietary civil engineering works by Numéricâble’s proprietary cable network.

This situation was the backdrop against which the fiber optic technological revolution took place. This revolution led the government to encourage all operators to replace their previous infrastructures with this new technology. Numéricâble, the network operator, is therefore obliged to invest in the transformation of its network. But, this requires taking into consideration the constraints of the civil engineering infrastructure in which the fiber optic network must be laid. France Télécom issues technical standards that network operators must follow. But, Numéricâble alleged that it possessed a right to access the network that obliged France Télécom to invest in civil engineering infrastructure and to provide Numéricâble with contractual conditions that guarantee equitable access to that infrastructure, without obliging it to invest in its network in such a way that its modernization would be delayed.

Indeed, the ARCEP’s July 24, 2008 ruling declared that access to the fiber optic local loop was necessary and that France Télécom was required to accept any reasonable request for access. This is why France Télécom released an “offer for access to civil engineering” in 2008 and 2010, which contained both rights and obligations for network operators regarding operational conditions and technical standards for using civil engineering works.

Numéricâble did not subscribe to this offer, since it already owned cable networks and had previously signed contracts with France Telecom whose terms and conditions provided it with rights it wanted to apply to the process of migrating its subscribers from cable networks to fiber optic networks.

France Télécom brought the dispute before the ARCEP in order to ask the regulator to oblige Numéricâble to subscribe to the terms and conditions of its more recent offer. The defendant argued that the regulator did not have jurisdiction over the dispute, since it did not concern access to the electronics communication network (the only type of dispute over which the ARCEP has been statutorily granted jurisdiction). Rather, Numéricâble, the dispute concerned a contract, and therefore the suit must be heard before a court of law in accordance with the general law of contracts. But, the ARCEP ruled that the passive nature of civil engineering infrastructure is not an obstacle, because a 2002 European Community directive specifically refers to the technical systems through which electronic communications pass. Access is provided by all means that allow the provision of electronic communications services. This includes civil engineering.

Furthermore, the ARCEP rejected the defendant’s request that the Conseil Superieur de l’Audiovisuel (France’s broadcast content regulator) be included in the suit as a third-party, since France Télécom’s restricting access to its civil engineering works would lead to lesser availability of audiovisual content, and therefore concerned that body. But, the ARCEP did not involve the other authority, because the technological standards imposed by France Telecom would not prevent Numéricâble from rapidly accessing its cables, and therefore did not restrict the provision or availability of audiovisual services.

The ARCEP’s November 4, 2010 ruling forced the recalcitrant cable operator to submit to the same conditions as those contained in the civil engineering operator’s offer. The telecommunications regulator used its power to settle disputes to favor the infrastructure manager, because France Telecom alleged that it needed all fiber optics operators to behave according to the identical terms contained in its access to civil engineering works offer, which will allow for the deployment of fiber optics networks.

The regulator did not oblige Numéricâble to accept the offer, but rather (concretely it is the same thing) to obey France Télécom’s rules which are justified by the fact that in order for fiber optic deployment to take place, all fiber optics operators must have access to the civil engineering works under the same terms and conditions: this implies that they all must keep France Telecom informed so that it can behave as the “one-stop-shop” for civil engineering works, and perform maintenance, the reservation of furrows before they are used, etc.

The Court of Appeals of Paris’ June 23, 2011 ruling examines and approves every point contained in the regulator’s ruling.

First of all, we observe once again that technology is regulation’s motor. Fiber optics are once again overhauling not only operators’ behavior, but also the rules governing their behavior. Existing laws were written with copper-wire networks in mind, not fiber optic networks. This situation has created the present case, in which the regulator is faced with the “silence of the law” as to its jurisdiction and as to the definition of “access”.

The regulator and the Court decided to broadly define access as including communications as well as passive structures. It would have been possible to rule that the regulator’s jurisdiction was restrictive, and that definitions cannot be stretched out in this fashion: the law would have to had expressed the notion of “data,” rather than that of “electronic communications,” in order for the regulator to have uncontested jurisdiction over questions concerning fiber optics. Doubtlessly, the convenience of granting the regulator jurisdiction over fiber optics was the justification for these two rulings, for the technological complexity of such questions means the regulator is more apt at judging such questions than a regular judge.

Secondly, a regular judge would not have had the legal power that the regulator has, because the regulator’s goal, even when settling disputes, is to regulate access. This is why the November 4, 2010 decision is a continuation of the 2008 decision that obliged France Telecom to open the fiber optic local loop. It was therefore logical for the regulator to apply equal treatment to all operators, both while acting in a rule-making capacity, and while acting in a dispute settlement capacity. This is proof of the unity of the regulator’s various powers, which are all carried out in the pursuit of one single goal.

Thirdly, the fact that the content regulator was not requested to intervene by the telecommunications regulator, and that this was not criticized by the Court of Appeals, is more surprising. Indeed, fiber optics enable digital convergence because they enable the concept of “data”, meaning the concomitant transmission of voices, images, etc. It is not the telecommunications regulator’s job to determine whether or not the possible restriction of fiber optics installation is going to affect the provision or availability of audiovisual services because of Numéricâble’s delays in technical interventions caused by its obligation of going through France Télécom.

Fourthly, the “second degree regulator” is becoming an ever more powerful figure. Indeed, France Télécom is a private company whose proposed contract was refused, a company bound by previous contracts whose terms differ from its propositions, but which can nonetheless ask the regulator’s help to oblige all of the other operators in its industry, with which it is in competition (this must presuppose that conflicts of interest are somehow managed) to obey its mandatory rules regarding coordination, information, reservations, etc.

This “crucial operator” is able to do this thanks to its close collaboration with the regulator that uses its powers to regulate: in this case, regulation is enabling the deployment of fiber optic networks. This is not at all a mere dispute settlement case. The court system is simply a different method of regulating.