In Niger, the President of Regulatory Agency of Microfinance Sector expresses its difficulties of action. 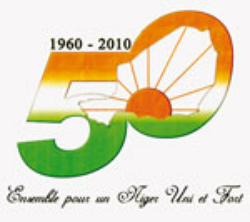 On the paper the "Autorité de Régulation du Secteur de la Microfinance» - ARSM" (the Regulatory Authority of the Microfinance Sector), established by law in Niger, is both original and powerful. Indeed, it is rare that this financing mechanism be regulated by a body that is its own and the Decree of 27 March 2007 that created gives it the powers to deliver licenses, permits to exercise, to disseminate information, to monitor the " Systèmes Financiers Décentralisés"- SFD (Decentralised Financial Systems), to conduct inspections and sanction. But in reality, the economic culture of savings failed in Niger and political instability made goes away a few foreign cooperative banks which had supplemented the lack of conventional banks. The Authority also requests that the public authorities, managers of the structures of micro-credit clean up the sector, before injecting any new money.

An agreement was reached on 12 June 2012, between the Turkey and the Niger for the development of telecommunications in that country.

First of all, the Turkey and Niger signed June 12, 2012 a cooperation agreement for the development of telecommunications in Niger. It includes a program of cooperation between the two national authorities of regulation and provision of expertise on the part of the Turkish authority to the authority of the Niger. Secondly, it provides a system of training, so that operators entering the telephone and Internet market. Thirdly, the Turkey provides financial assistance to Niger that infrastructures are built, required for the deployment of a national telecommunications market.