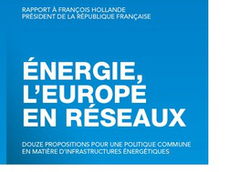 It is often argued that energy because it is a matter of sovereignty and because it is rooted in the territory, returns to the State. But it is resolutely towards Europe that Michel Derdevet pulls the whole system.

Probably by conviction, by will of a strong Europe and because there has economic power only when propped on energy. However, an energy system that is up by networks as in energy, we never doubted the convergence between the container and the content, meaning that the energy source is irrelevant whitout being carried, whitout being 'provided to users.

This construction of the networks is political and it is in terms of "mesh" that the report Michel Derdevet just submitted to the President of the Republic, François Hollande, presents a European project. In a way, it is not "revolutionary", as it is to finally fulfill the will of those who conceived Europe in 1945 through the coal, steel and energy, to a common Europe from which built the industry, not only for the reconstruction of Europe but for its economic dynamism and its common security policy.

In this, the European network of the transportation of electricity is essential. Yet it is to be done because the legislation of the European Union rather liberalized energy markets whitout building Europe of energy, leaving remaining national specificities. The result is what Michel Derdevet rightly called "inertia".

He therefore proposes the establishment of an "European industrial project." In this context, Michel Derdevet requires better definition of "model of norms and regulation", aiming in particular the structure of tariffs that include or not the R & D according to the Member States, claiming the alignment of the tasks of network operators and a price guarantee for users, which would facilitate investment. He stressed that national regulatory differences hinder the development of smart grids (and therefore the European market). Without a convergence of regulations, interoperability is not optimal, as it would allow Europe to be a major global player in energy.

Michel Derdevet therefore advocates regulation that goes to both a stronger European articulation, but at the same time which must be more "decentralized", for users to make better use of new uses of energy through the action of regulators they are close.

This is why the author asks what one favors "regulatory convergence". This is not only to harmonize rules but also to redirect them to detach the competitive prism to direct them to the long-term financing.

It is true that Europe's energy, without which a single industrial space can hardly be, can not actually do if the regulation does not resolutely takes over the principle of competition, competition remaining in the moment of exchange, while the Regulation is in the long term and what to take to designate as "industrial policy" which is nothing but a form of expression of the Political.

So what Michel Derdevet request, what ever that finally the arrival of a political Europe, the need for it finds its place in the global competition. 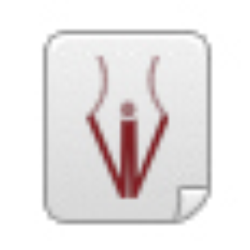