British law binding sites to inform the user of the collection of cookies came legally into application on May 25, 2012. Some people say it technically impossible to meet. 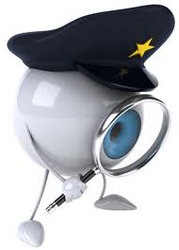 A "cookie", so named because its shape recalls the shape of the cake, allows a site to remember the tastes of the user through visits and purchases which he made and decide to reuse this information. A European directive decided to limit these practices, the English legislature has provided the obligation for sites to warn the user that connects that a cookie identifies him and agrees of this acquisition of personal information, the justification for the Act is the protection of personal information that a third party data protection may thus have without the consent of the person concerned. The Act came into application in the United Kingdom on May 25, 2012. Some companies they say it technically inapplicable, both as relevant information to justify the application of the consent form and what form the consent of the user should take. They are more concerned because the entire device is subjected to penal sanctions.

The F.B.I. is developing what could become a Bill to allow interceptions of oral communications via the Internet.

In the United States, the Communications Assistance for Law Enforcement Act (CALEA), on 1994 allows some services of the State which justify it, in particular the F.B.I, to carry out telephone tapping. But the technology also allows the transmission of voice by other means than the phone, especially via the Internet. However, wiretapping as a threat to individual liberties, only an Act may extend the powers of listening, on the phone on the modes of transmission of voice on the Internet. In this view, the F.B.I. is developing which is intended to become an extension of the Act of 1994.

The vote in the US Congress of an Act allowing the National Security Agency (NSA) to have access to data owned by Internet operators on April, 23 2012, was pushed back sine die. 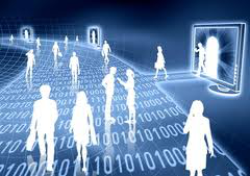 Two North American representatives to the Congress introduce a Bill organising exchanges of information between private undertakings, mainly the Internet Service Providers, social networks, search engines and the National Security Agency (NSA). The purpose is to protect sites against cybercrime, espionage, etc. Undertakings expressed their disagreement regarding the previous project aims at organising the access to their data stored in favour the FBI (the Federal Bureau of Investigation) to serve the security of the country, are this time in favour of the Bill, because it protects their systems, but the associations of the defence of fundamental freedoms are opposed, by referring to the fourth amendment, which protects every citizen of any non-motivated order for seizure. Fixed on April, 23 2012, the confrontation have since been gained strength, the registration to vote was cancelled and postponed sine die.