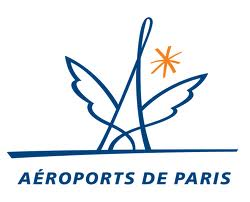 Usually the companies in charge of a public service established with the State of the "plan contract". In application of the "Code de l'aviation civile (Civil Aviation Code), the private company "Aéroports De Paris - ADP" (Paris Airports) establishes a "contract of regulation". This one develops "contracts of economic regulation". They must generate visibility for the company and for the customers, set ceilings for the royalty, set quality objectives, respect the just remuneration of invested capital. The new "regulation agreement" concluded between the French State and "Aéroports De Paris - ADP" (Paris Airports) covers the 2011-2015 period, presented as a period of transition towards the profitability of capital. This contract was signed in July 2010. The contract was presented to investors June 27, 2012 in its implementation, "Aéroports De Paris - ADP (Paris Airports) progressing in its profitability.

The "plan contract" is the legal instrument that connects the State and the company in charge of a public service. It is particularly important in a legal system such as the French law.

The " Conseil d’Etat " (French Council of State) had the opportunity to say that it’s a real "contract", that is to say with a legally binding. Thus, its content forced, the company and the State, which it had been doubtful.

The "code de l'aviation civile (Civil Aviation Code) provides in its article L.224-2, that must contain the contract, that is to say royalties, section R.224-4 specifying other elements, namely the objectives of quality of service, financial incentives, investment amounts. From these bases, "the contract is negotiated between the State and the operator of airport".

Once concluded, the contract is made public. A significant way, the State and company, now privatized since 2006 but still controlled by the State, "Aéroports De Paris - ADP" (Paris Airport), concluded on July 26, 2010, in application of these texts, nor a "plan contract", but a "contract of regulation".

To its reading, it appears that its purpose is to give the"visibility" to the company and customers", that is to say security over time, and then fix the royalty system (which came first in the Act) and setting objectives for quality of service and building a system of financial incentives.

We are therefore entered in a liberal regulatory mechanism, where the purpose is to compensate for market failures, the airports being the natural monopolies.

Two years after its signing, the Party decided to revise certain objectives of the multi-year contract from regulation, the company immediately presenting to investors June 27, 2012. "Aéroports De Paris - ADP" (Paris Airports) claims that the last two years validate its strategy of development of the turnover because of passengers but also due to the fact of the establishment of the shops.

A part of the capital of "Aéroports De Paris - ADP" (Paris Airports) being listed for part of its capital which is not owned by the State, it is indeed in financial terms that the society is expressed, concluding on the fact that it is a price of its share of 75 euros.