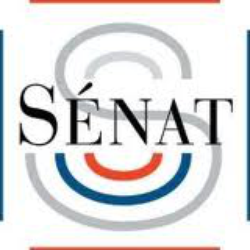 Regardless of the legislative work in Europe, the Senate published a study report, therefore less forced (and by the policy and economic realities) on what should be on the rating agencies. In this very offensive report, in that "there is not fate", it must be made to converge the systems, by imposing a common registration with the Securities Exchange Commission (SEC) and the European authorities.

Then, with this same voluntarism, the report uses the very strong term of need to "detoxify" the financial system, banking and which implies States through sovereign debts. It is important to observe that to prohibit all mechanisms that require the use of notation (to promote alternative methods). It should be that the authorities, including central banks, recovering the role of regulator, that they were in fact delegated to rating agencies.

To promote the emergence of a new European operator on the market of the notation, t the States have to publish a call for tender on public funds, by imposing the methodology that the private agency that will get it will have to follow. If the Senate Commission admitted that agencies are private corporations, including this new player called for the opening to greater competition, on the contrary, it wants that the market provides also to a diversification of the notes, including central banks and commercial banks, which will have to be aggregated by an entity that will have this time, to be public.

We observe here the fine dialectic between the dynamics of the private sector and the surveillance of the public, the essential is putting in place a stable and credible system. The report goes on to say that the responsibility of rating agencies is an essential vector for change. In this, the Senate is located in a liberal vein, even though it’s regulation, because responsibility is the consequence ex-post of a principle of ex ante of freedom.

It is known that the projects of the European Union share this design. This convergence with the European project is also noteworthy regarding its desire to require credit rating agencies to keep to a schedule of rating for sovereign debt. However, it will be noted that the agencies of the European Union want more to preserve the interests of the market, while the Senate before wants to preserve the "democratic process of States", that is to say the power of people.

The report, dedicated a long-term development, in which, through markets, all were captured by agencies credit ratings, and draws as a consequence, that issuers must be able to respond to the note (in fact they are, here it would be right) and symmetrically investors will know the "confidence index" to grant the note issued, particularly because of the methodology. This report is more subtle and more dialectical as solutions to the sickle proposed by the European Commission (and dismissed in part by Parliament).

Thus, it does not propose the creation of a European public rating agency, and not to break the oligopoly or to impose a mandatory rotation. It relies instead on information, incentives and the return of the power of regulation for legal regulators. Thus, rating agencies should, according to the Senate, published each year, the amounts they receive, their amount and that information which is sufficient to regulate their market through transparency. For a more in-depth analysis, click here.