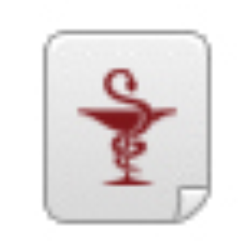 On April 27, 2011, the first and sixth chambers of the French Council of State’s litigation section rendered its decision in the Association pour une formation médicale indépendante Case, concerning a recommendation published by the Haute Autorité de la Santé concerning diabetes treatment programs. The decision states that the Haute Autorité de la Santé is a “public, independent, scientific authority with legal personality.” Article L161-37 of the Social Security Code gives it the power to create guides concerning the correct use of therapies and make recommendations concerning good practices.

The Act’s legality is also attacked with regards to the principle of impartiality. Article L-161-44 of the Social Security Code demands that the members of the Authority and all persons aiding it in its missions “have no interest susceptible of compromising their independence” in companies that have a direct interest in the subjects at hand. The association appealing the decision brought “proof of elements susceptible of establishing conflict of interest concerning certain persons having participated in the working group with companies or establishments dealing with the treatment of diabetes.”

During the proceedings, the judge requested that the Authority provide the declarations of conflict of interest furnished by all members of the group, but only obtained 23 such documents, even though there were 27 members of the group. The judge therefore ruled that he did not have the means to ensure the absence of such conflicts of interest for those members, whose declarations were obligatory, and to judge whether these documents might reveal conflicts of interest.

The Council of State concluded that the recommendation was irregularly drawn up, and ruled in favor of the association’s appeal.

The recommendation was abrogated by the judge.

This decision is very interesting in its three successive points, and its logic can be extended to other industries.
The first point allows us to better apprehend the power of soft law. The second point demonstrates judges’ artfulness in escaping the strategies of inertia often employed by powerful litigants in cases having to do with regulated industries. The third point concerns conflicts of interest.
The recommendation at hand is a professional recommendation concerning medicines for the treatment of diabetes. It is therefore part of soft law, and the judge could have refused to hear the appeal, since it has no mandatory force for healthcare professionals. The mandatory nature of the text should determine whether we are faced with soft law or hard law: following this binary logic, it would be difficult indeed to consider that the recommendation was “grievous.”
But the Council of State used two notions to arrive at the opposite conclusion: it considered that the recommendation defines “data acquired by science,” meaning it guides healthcare professionals, impacts their liability ex post, and professionals have at the very least a deontological obligation to base their treatment strategies on the scientific data contained in these recommendations.
This double reference, both objective (scientific data recapitulated in the recommendation) and subjective (professionals’ deontological obligation to follow the recommendation) make the recommendation grievous.
One can only applaud the finesse demonstrated by the judge. First of all, the distinction between soft and hard law is overly simplistic: there exists a continuum between the two in regulate sectors where science and expertise hold a central role and gently slide into a sort of soft law that has effects on behavior that are often more imperious than an order produced by lawmakers. Secondly, it would be too easy to ceaselessly emit soft law, a standard followed by professionals, while escaping judicial control with the allegation that the recommendation was not formally mandatory. It might be thought more generally that judicial review of regulators will be increased by this decision and that this type of logic will be extended to other industries.
The second point is the way the judge succeeded in overcoming the Authority’s inertia. The administrative judge has always been better able than the regular judge to overcome the power of the government. The primary manifestation of this power is inertia faced with citizens. Here, we see the classic solution in administrative law, that even though the burden of proof lies on the defendant, when he does not feed the debate with proof, he allows the appellant to triumph.
In regulatory law, which is very concerned with administrative law techniques, this is an “art of war” that regulators, powerful government officials, must keep in mind.
The third point is the most simple because it concerns conflicts of interest. Conflicts of interest have become an obsession. They are the Gordian knot that rules, professional engagements, and behaviors try to untie in banking and finance. But, with this decision, the healthcare industry has demonstrated something that is applicable to all industries: in very complex subjects where scientific data is rapidly obsolete, operators have to frequent one another in order to remain competent. Too many decisions such as the one at hand will mean that nobody will want to participate in working groups, whose members are usually not remunerated, except for incompetents and pensioners.