I.1-35: A regulators perspective on the policies of Audit Regulation 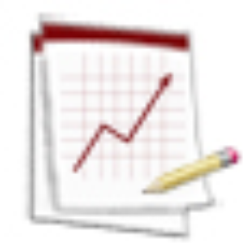 The Financial Reporting Council is the UK’s independent regulator responsible for promoting high quality corporate governance and reporting to foster investment. We set audit standards, conduct audit inspections and run the disciplinary scheme for misconduct. We are responsible for the UK Corporate Governance and Stewardship Codes.

The Financial Reporting Council is the UK’s independent regulator responsible for promoting high quality corporate governance and reporting to foster investment. We set audit standards, conduct audit inspections and run the disciplinary scheme for misconduct. We are responsible for the UK Corporate Governance and Stewardship Codes.

We are the UK’s accounting standards body and set its actuarial standards. We aim to create a framework in which investors get fair, balanced and reliable information and provide confidence to the capital markets.

Part of our strength is that we bring together responsibilities for accounting, audit and governance. It enables us to produced integrated policies – to consider how the best results for investors can be achieved; through better reporting; better audit; better governance; or a mix of all three.

This and the subject of the present book could not be more important or relevant to the success of Europe’s economy. It is well established that auditors play a central role in underpinning confidence in capital markets through the assurance they provide to investors. You help to create the conditions for business investment and promote the wealth and job creation upon which we all depend.

Since the financial crisis, some have questioned whether audit gave the right messages to investors. We do not believe there were technical failures but we do believe audit could have done more. We believe a combination of better reporting by the banks and more audit assurance could have better highlighted the risks that were being run. This has led us at the FRC to consider how the role of auditors could be enhanced to meet the expectations of investors and the public, and narrow the gap between what audit does and what the public thinks it does.

In particular, at the beginning of this year we published a discussion paper called Effective Company Stewardship which proposed a fuller report by the company’s audit committee on the risks and other issues it has discussed and an expanded audit report which would include a separate new section on the completeness and reasonableness of the expanded audit committee report. In short, we should like the audit committee to disclose more effectively what keeps the directors awake at night and the audits to assure that their report is a good reflection of their discussions.

But we do believe that auditors should provide assurance that the audit committee has looked at the key issues and reported fairly on them.

We believe that this extension of the auditor’s role would help to close the gap between what audit does and what users expect from an audit of the financial statements. A gap that has been growing for the last 20-30 years as audit has continued to be limited to providing assurance on the historical financial performance of the company, while investors and the wider public have become more concerned with the narrative aspects of a company’s report - for example, the risks the company is exposed to and the future prospects for the business.

The Financial Reporting Review Panel, part of the Financial Reporting Council, sees this particularly in relation to the reporting of risk. The legal requirement is to report on the company’s principal risks and uncertainties. The Panel sees companies covering every conceivable risk and companies that cover risk in the most general and nonspecific way. The FRRP is paying close attention to this, because we believe that good reporting of risk helps ensure that proper attention is indeed being paid to it. And that managing risk well is at the heart of sustainability.

As we make changes, it is vital that we benefit from the insights of investors, who are currently not sufficiently engaged in the process of auditor appointment and do not seek to secure as much benefit from the auditor as possible. In addition to our proposals for an enhanced audit report, the FRC has also encouraged better engagement between investors and companies including on audit matters. We published the first Stewardship Code for institutional investors, last year.

Indeed, we are very encouraged by the strong take up of this code among investors in the UK and abroad. Over 150 investors have signed up and the early signs are of growing level of resource being devoted to engagement.

Given the strategic importance of auditors, and their role, to the success of the European economy, it is not surprising that the Commission has taken an interest in how the profession is regulated. I thought it would be useful to offer some perspectives on the way this issue is being discussed in the UK from the point of view of a national audit regulator.

The first point to make is that we welcome the debate that the publication of the Green Paper has generated. Although a national regulator, we want to see coherence of policy across Europe and coordination of supervision. We supported the idea of a new audit authority for the EU.

Our main concern is that the Commission makes clearer at the outset what it is seeking to achieve, and whether it has the appropriate policy tools in its armory. A great deal of concern has been expressed about the degree of concentration in the large publicly listed company audit market. We share this concern and have played our part at a national level in attempting to stimulate more competition, albeit without much success.

We believe a more competitive audit market would reduce risks in the capital market, encourage greater innovation in the provision of audit services and enhance audit quality.

It is on this final point that we place the greatest emphasis. Our over-riding concern is to ensure that the quality of audit is enhanced.

Measures that aim to tackle competition issues but which lower audit quality should be rejected. We would put the introduction of compulsory joint audits in this category. Joint audits are legal in the UK but have disappeared. We believe they increase the cost of audit and the regulatory burden on businesses while having a potentially detrimental effect on the quality of the audit product. We also believe that mandatory rotation of audit firms could increase rather than reduce concentration in the market given the risk that companies drop smaller audit partnerships when they retender. We are more supportive of compulsory retendering, perhaps every ten years.

Overall, we believe that the Commission has been forced to introduce some sub-optimal measures to address the problem of market concentration because the competition authorities, who have a more appropriate set of tools, have not been willing to get involved and tell us either to stop worrying about the issue or to do something about it. In the UK we are therefore pleased that the Office of Fair Trading, the competition regulator, is taking the lead in deciding whether there should be a full competition inquiry into the audit market. We believe this is the correct division of labor: the FRC as audit regulator takes action to promote audit quality; the competition regulator addresses competition issues. We do of course stand ready to assist the competition authorities in looking at the market as a whole in the UK and at particular sectors.

We have for example asked them to consider whether there needs to be special attention paid to business sectors where we do not have a big four, only a big two. In those sectors, moving to just a big four could be a step forward for competition, unless it can be established that there still remains strong big four competition for tenders.

In the UK, we also believe that some other matters deserve consideration, including:

Whether banks and other financial institutions should use non-Big Four firms as a source of advice to their risk committees. This would give such firms an exposure to large companies may in time increase their ability to successfully tender for audits of such businesses.

Prohibiting the use by banks of ‘Big Four only’ in their loan covenants.

As a first step, we have asked the competition authorities to make clear that they would not tolerate a market dominated by just three firms. If a firm were to fail, the remaining three could move very quickly to secure the business and staff of the failed firm. That might meet short terms needs but not be the best long term answer. A clear statement that it would not be tolerated would force the search for better solutions.

In conclusion I would like to say something about professionalism and trust. I believe strongly that public regulation and rules should not crowd out professional judgment and the commitment of the firms and professional institutions to raising their standards. That is why in the UK we support the audit firm governance code under which the firms have been appointing independent directors.

At the end of the process of reform in Europe, we want to see a strong audit profession, responsible for maintaining high ethical and professional standards. It has long been the ethos of the FRC to involve the profession, as well as company directors, investors and actuaries, in our work. These professional skills, judgment and experience are of great value. I have no doubt that the firms’ input increases the quality of our output and the impact of our interventions on the capital market. It is important that regulators stay close to the markets they oversee. And together we can work better for an audit market based on high professional standards as well as regulation and which gives genuine confidence to investors and the markets.