The Swiss postal regulator submitted its annual report on May 14, 2012. The opening to competition remains low. The next regulator, the PostCom, will have more power to encourage it. 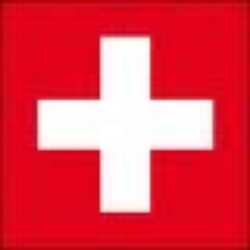 The postal Regulation Authority (PostReg) is an independent body attached to the Federal Department of the environment, transport, energy and communication (DETEC). It has the mission to assess the liberalisation of the sector and its proper functioning. In its report presented on May 14, 2012, it notices first of all the satisfactory quality of the service provided by the Post, since not only the mails but the packages arrived on time. But concerning the openness to competition, the monopoly held by the Post on the mail lets him maintaining a dominant position on the market of the package. The regulator said that the law already adopted will establish a new authority, the Commission of Post (PostCom) which will further promote new entrants.

PostReg has the mission to monitor the Swiss postal market and to ensure that public services are effective, good quality and accessible to all at affordable prices. Furthermore, PostReg deals with claims of citizens for public service and ensures a fair competitiveness and operating properly in a partly liberalised market by an act of 2004, for example by examining compliance with the usual working conditions in this area or the prohibition of cross-subsidies.

Finally, the authority prepares some of the Federal Council and DETEC decisions, manages the Secretariat of the Post Offices Commission and represents the Switzerland in international organisations. In the annual report submitted on May 14, 2012, the last one that the PostReg will present, before the new regulator under the new Act, the Commission of Post (PostCom) takes over, the regulator makes the point clear, as requested by the Act on the competitive situation and the quality of the service.

The tone of the report becomes much more critical. The regulator observed that the legal monopoly held by the Posts held on mail indeed offers it a dominant position in all the services, the position based on the mail market remains dynamic and active distribution network. In addition, the packages market is in fact slightly open. New legislation will put in place a new regulator, the Commission of Post , the PostCom, which will encourage companies to enter the market of the package.

We know that in all countries of the world, the postal market is a special case, often governed by a special regulator, which is struggling to grow, particularly the result of competition made by Internet, and while national public companies continue to be responsible for a public service of general economic interest, the transport and distribution of mails or of the development of the territory. Is regularly raised the hypothesis of the bankruptcy of the post. It then leaves the technical issues of regulation to return to political choices specific to each people, accepting or not the destructive effect of the market in these areas.