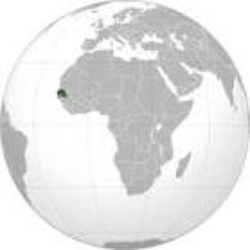 In Senegal, the Commission de régulation du secteur de l’électricité (CRSE (Senegale Regulatory Commission of Electricity Sector) has been established by an Act of 1998, as amended by Act 2000.

On 4 August 2012, its president, Mrs. Maimouna Ndoye Seck said what would be the action of the regulator in the coming months.

Indeed, for the moment, Seneral is a sparsely electrified (33% in urban areas and 10% in rural areas) and many people do not have access to electricity.

Alongside this is economic and social, must be considered the legal organization, namely the central role that remains in the hands of the public company, SENELEC. Indeed, the government of Senegal has concluded public monopoly with this company a concession contract March 31, 1999.

Insofar as, despite the demand for certain that attacks the monopoly that it enjoys the right distribution and transmission of electricity and the production is, the operator buying public electricity by small operators (as was previously the case in France for EDF, through the requirement of "single buyer"), the regulator must act differently.

Indeed, as can be seen, it is often the contract that the control system that could say "stuck" can evolve.

This is why the Authority will investigate any act or make operators more responsive themselves against the incumbent.

Thus the regulator wants to dedicate her year to make publicly available information on the contractual relations between SENELEC and independent producers, including the amount of electrical energy, the method of determining the energy not supplied by the producer and management troubleshooting.

In this way, the regulator has publicly stated, consumers will know how energy is gained, which can give an idea of ​​cost, to correlate with what the consumer pays himself being observed the price of electricity in Senegal are capped.

We understand why parralel Authority has organized regular meetings with consumer organizations. The idea is probably the regulator to build on consumers to enter, if not competition, at least in equity practices and sector rates.

It seems that the regulator relies on consumer activism, and / or those who want to become more transparent in the relationship between the public operator monpolistique and independent producers.