In the United States, the judgment of 6 June 2012 considered that Google was free to use Java to build its own computer system, because the first were not patentable. 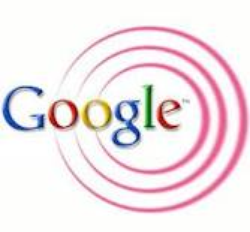 In the United States, a trial opposes Oracle, applicant, Google, defendant. Indeed, Google has developed its computer system Android from elements of Java. Oracle holds a series of patents on Java and considers that, in doing so; Google infringed it's right to intellectual property. The financial stake of the trial is considerable. The issue of principle also, since it is a question of whether mathematical algorithm of departure was patentable, or at the very least protected by copyright law. Third rank of attack, as presented to the jury, Oracle argued that, even if one were to consider that it was not "owner", Google infringed the general rule of "fair use", leading to the beginning of the general field of the responsibility. In the first instance, the judgment of 9 June 2012 dismissed all, believing that technique debated was not quite original but a technique allowing two computer languages pre-existing dialogue, which is not copyrightable, and that a third party may use. This case is exemplary of the innovation place, as the case law to be inserted into the markets and industries. Oracle will appeal.