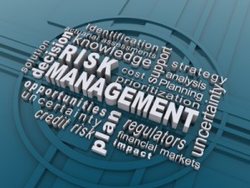 The Basel Committee on banking supervision issues regularly a monitoring report on the implementation of Basel III regulatory reforms.

In August 2016, the seventh issue was published by the Committee as to be taken into account for the upcoming G20 meeting: Implementation of Basel standards. A report to G20 Leaders on implementation of the Basel III regulatory reforms.

In this report, the Committee mesures how national systems gradually implement the prudential reforms they have informally elaborated in common.

All the power derived from the Basel System stems indeed from the fact that it is concentrated; however, it still has to face a 'hard law' issue, as it is necessary to implement the reforms within the national systems in identical terms and in a constrained timeframe.

The Committee indicates in its reports that some countries still face a number of issues regarding this implementation, whether these issues arise from the rules themselves or from the transposition period that the countries are given to implement them. Those same countries tend to justify themselves by saying that banks are to blame for these issues, since they report having trouble adjusting their information system as to satisfy the new requirements.

The Committee underlines the fact that this delay occurs in some countries whereas others are already compliant creates a situation of unfair 'jurisdiction' competition between them, which is all the more concerning since these national systems host international banks: "Delayed implementation may have implications for the level playing field, and puts unnecessary pressure on jurisdictions that have implemented the standards based on the agreed timelines. A concurrent implementation of global standards is all the more important, as many jurisdictions serve as hosts to internationally active banks.".

In order to improve an effective implementation of the whole system, the Committee proposed to implement instead a calculus method that would be less complex: "These proposals would constrain banks’ use of internal models and would reduce the complexity of the regulatory framework.".

A few general observations can be drawn from this very specific Basel III issue underlined in the aforementioned report:

This last question is crucial. Those who impose the requirement may consider that the non-enforcement for technical reasons cannot be accepted. Here, however, maybe since it is not a formal requirement as this is all soft law, and since there is a good communication between the supervisor and the executing agent (who is, at the same time, the one that is subject to the requirement, the one who elaborated it and the one who proposes to review it as to make it less complex).

Cass. R. Sunstein's last book was entitled Simpler. French Conseil d’État  (French administrative supreme court) conducts thorough work on the quality of laws and on their simplicity, both qualities that probably go hand in hand. The Basel Committee steps in the same directions...