June 27, 2012, the European Commission extends its investigation for State aid, doubting that infrastructure subsidies paid by the Italy at an airport are justified 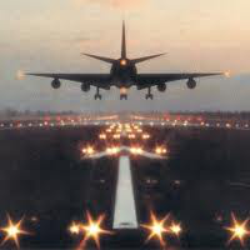 Airports are critical infrastructure. They often receive support from the State and the European Commission has adopted specific guidelines to soften the principle of prohibition of State aid in this area. Yet it is not necessary that the regulation be the mask of a violation of competitive equality. This is why the Commission has extended and prolonged on June 27, 2012, the investigation initiated in 2007 proposed to the airport of Alghero, Italy. Indeed, the investigation revealed including infrastructure subsidies, which the Commission doubt that they are comply with EU law.

The airports are critical infrastructure. This justifies that it frequently instruments managed or owned by the State. When they are held by a company, this one, if it is subject to the law of the European Union, must respect the right of State aid that the Union has organized it. Certainly, the European Commission took into account the specificity of airports, by enacting in 2005 guidelines on state aid made ​​to them, providing flexibility in the strict regime, because the principle is the prohibition of state aid in the European Union.

The 2005 guidelines were also a subject too narrow, and the European Commission will shortly launch a public consultation to review its guidelines on aviation, and result in guidelines that cover both the airlines and the financing of airport infrastructure.

In this case, the Alghero airport, Italy, located in the region of Sardinia, is a company under private law, which had already received aid, admitted. It received what could constitute aid under the form of a capital increase and a related company contracts between airlines and airport infrastructure for the use of it.

In 2007, the European Commission opened an in-depth investigation to examine the compatibility of the device with the prohibition on state aid, as interpreted by its guidelines for airport infrastructure.

Subsequently, the survey provides information that the State has paid subsidies for infrastructure, helped the operator of the airport by reimbursing losses, through participation in capital increases and through contracts additional companies between the already present and the airport.On 27 June 2012, the European Commission increases the scope of the investigation and extends its duration. At the same time as the Commission makes that decision of a procedural nature, it considers that it "doubt" that "these measures were granted at market conditions".

Indeed, thanks to the 2005 guidelines from the moment it’s airport infrastructure, the principle of probationary is reversed and investment subsidies are a priori lawful, when they are necessary and proportionate and they are intended a public interest objective, ensure non-discriminatory access to all users and does not improperly affect trade within the internal market. Regulation, which is entitled to ignore the competition because it serves the public interest, should not be the instrument by which State directly distorts competition to focus on its business.

That is why the European Commission continues and expands its investigation, in this case special but exemplary. Thus, by a particular text and a technique of burden of proof, it comes back to the general public services system in European Union law.