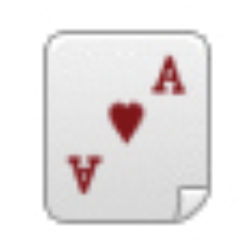 The current Danish gambling market is currently State-owned. In order to modernise the organisation of gambling in the country, the Danish authorities designed a law of liberalisation, which was voted in 2010. Meanwhile, its application was postponed due to the necessary support of the law by the European Commission under State aid rules. Indeed, the law modified substantially the Danish market by first abolishing the State monopoly on gambling, in order to comply with the European standards regarding State aid. In order to reorganise a sector that is both a significant source of income for the State and at the same time entails several risks such as criminality or addiction, the Danish authorities opened the market to any operator established on the Danish territory and licensed by the authorities. The law establishes a different taxation regime for online casinos and land-based casinos. The former should pay 20% of the gross gaming revenue (GGR stakes minus winnings) to the State, whereas the latter will be subject to a duty of 75% of their gross gaming revenue.

This very significant difference led seventeen land-based operators to express their doubts to the European Commission on the compatibility of this law with EU State aid rules. They argued that this differential taxation constitutes a State aid, which would be a violation of one of the most important principles of the Union.

The Commission therefore led an in-depth investigation on the compatibility of the Danish law with EU rules. It took into account the facts that other operators based in the EU or elsewhere are submitted to lower taxations, or even no taxation at all. The Danish government justified the differential taxation scheme by the fact that such a low taxation would appeal online operators to fall into the realm of legality, and be an incentive to prevent illegal online operators to remain beyond the realms of legality. As such, it is justified considering the necessity for the government to fight addiction amongst the young and the vulnerable. Hence, such an unequal taxation is justified by the purposes it helps serving, which are of public interest. So in the end, the positive effects of liberalisation of the sector outweigh the potential distortions of competition, so the Commission.

This case illustrates how Member States can use their margin of manoeuvre in assessing how they can achieve certain goals of public interests, which are mostly in this case the fight against addiction and criminality. Indeed, Denmark chose, alongside with other Member States, such as the United Kingdom, to implement a different taxation system for online and land-based casinos. Member States which implemented such a system justify it by the need for the State to include every operator in their legal frameworks, and thus to be able to compel them to be in line with public interests. The European Commission, by acknowledging this practical issue, offers a comprehensive interpretation of the European ban on State aids.

Also, this decision illustrates how taxation rules, which are economically relevant for the States but might appear far from regulatory issues, actually contribute to the implementation of relevant regulatory frameworks, especially in the case of gambling. Indeed, the gambling sector, and its liberalisation, often bump into the existence of two types of operators, land-based ones, and online ones. Land-based operators are often the heirs of a previous, State-owned monopoly, whereas online operators developed at the frontiers of legality and have now to be included in the legal framework. Even though both offer the same services, their specific conditions of emergence and their operating range makes it mandatory to distinguish them.