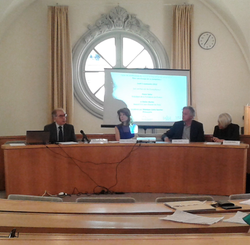 By judgment of 21 June 2012, the US Supreme Court has validated the cancellation by the judge of sanctions pronounced by the Federal Communications Commission against chains of television for obscenities. 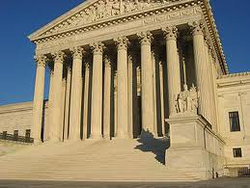 In the United States, the Federal Communications Commission had sanctioned for "indecency" two non-cabled television channels ABC and Fox, to have shown a woman entering back in the shower and let a singer say a rude word in a live broadcast. On appeal, the sanction was set aside by the federal judge. The regulator applies to the Supreme Court of the United States, which declared the case admissible and proceeds with the case, in a judgment of June 21, 2012. It dismisses the appeal of the regulator.It considers indeed that the regulator cannot punish channels in application of too-vague criteria of "indecency", as chains should know to what they expose themselves to the point where they act; otherwise punishment is contrary to the Constitution. This is a transposition of the legality of offences and penalties. The Court prefers to put the analysis on this field, repressive, and not the addressed by it, of the freedom of expression.