On August 24, 2012, Reuters news agency reported the amicable proceedings of Royal Bank of Scotland to obtain a transaction in the case of the Libor. 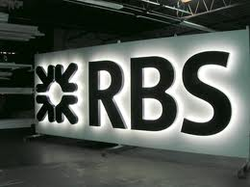 The Royal Bank of Scotland (RBS) is a British Bank controlled to 80% by the State. It is said involved in the case of the Libor. On August 24, 2012, Reuters news agency reported links between the Royal Bank of Scotland (RBS) and the British and North American regulators to stop the intended prosecution through a settlement. The interest is not in the subject of the announcement, but in the formulation. Indeed, the Bank denies the existence of this mutual understanding. Less than a month ago, it claimed that it would face prosecution and a few weeks ago, it claimed that it could be actions of traders and not its own, taken as operators. Today, these are lawyers who reveal the strategy of negotiations with the regulator. Thus, what made the right hand of the Bank, the left hand of the Bank ignores it and can do something else; the essential was to reassure the market.