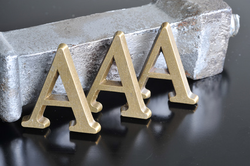 Rating agencies are private companies that assess the risk of defaulting payment by debtors. As such, the rating of a borrower affects the value of the debt security it issued and that is to circulate in the markets. That is why the activity of credit rating agencies is critical to the security of financial instruments and the functioning of financial markets, but also to the whole global credit system. For instance, an AAA rating guarantees security to investors. Rating agencies helps building trust in financial markets and in the banking system. Henceforth, since everyone relies on them as they save people's time from seeking on their own information on securities or on those who issue them on the marks, international rating agencies have become crucial operators.

'Rating' has also become a business, which is now concentrated within the hands of three undertakings (two American and one French). It has often been said that these three are conflicted. Some have indeed brought up the fact as they have provided the markets with unreliable information (especially about subprime and securitization) prevented them to self-discipline, which eventually participated in the global spread of risks and defaults.

The difficult history between the rating agencies, whether they are considered as mere businesses, crucial operators or as companies undertaking a public service, which eventually led to implement a specific Regulation in the immediate aftermath of the financial crisis, shows how the information is a public common. This justifies the intervention of the Financial Regulator, namely to better protect the consumer. Should we go further on? Some have mentioned the idea of ​​nationalizing the business and hand it over to Government institutions (or at least public ones). This is, however, no longer on the agenda, as many conflicts of interests may arise since rating agencies keep on rating the paradoxical debtors that States are.

Conference : Conflicts of interests of rating agencies and the subprimes crises

Its issue is the concept of "conflict of interest" by confronting the financial techniques of risk assessment and legal responses developed about it on the rating agencies, especially in 2009.