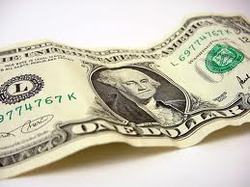 North American Dodd-Frank Act on July 21, 2010 tries to prevent a new financial crisis. One of the goals of the legislature is to inform stakeholders to increase the rationality of their own behaviour and to encourage them to observe others. This is why this law states that companies must publish the ratio between remuneration of the leader the best paid, regardless of the type of compensation (salary, benefit in kind, stock options, retirement, etc.) and the average remuneration of employees .

This is more based on the class struggle than on ethics which forming the codes of conduct that Europe seems to appreciate, more precisely in terms of remuneration of social leaders.

But the New York Times has just published in April 2012 that alone, the 100 best paid social leaders attribute them more than 2 billion. It is true that this global figure is distorted by the fact that the new leader of Apple received in 2011 $ 378 million, which removes the statistical relevance of all sales.

It remains that the remuneration of leader could appear "exaggerated", to the extent therefore it’s important that we continue to make the link between regulation and corporate governance, for example if we consider that excessive remuneration of managers or the one that are nothing to do with the results of the company can endangering the common interest of the shareholders (refers to the Agency theory), or even the interests of the market, then creating a systemic risk.

This link between regulation and governance explained that the financial regulation Dodd-Frank Act has thus been penetrated corporate governance, taking the path of information, which is the key to the market concept. Therefore, we understand better why the Act has entrusted to the Authority of the Financial Market, the Securities Exchange Commission (SEC), the task of ensuring the effectiveness of this publication by the companies of the ratio between the leader best paid and the pay of the average employee.

The Dodd-Frank Act was immediately implemented, showing the will of the Policy to prompt effectiveness, the Securities Exchange Commission (SEC) still did not on the part of the companies concerned that they disclose the information required by the Act. This is due to the difficulty for the regulator to determine exactly the accumulated wages that a leader is actually the "better paid".

This is may also limit the power of the regulator, when he left his natural field of the control of the structures of the market and the behaviour of economic agents in the market to penetrate into the inner workings of these agents, naturally more opaque and which can more easily leave it at the door.