On 27 June 2012, the Financial Services Authority - FSA (English Financial Market Regulator) by sanctioning Barclays Bank for the manipulation of Libor rates has put in the center of the regulatory system the credibility of crucial operators. 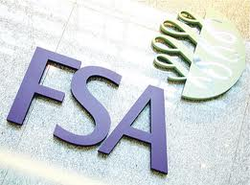 What is called the "Libor" is a contraction of "London InterBank Exchange Rate". Each morning, the banks reported Libor rates and all of the exchanges are backed with these statements. It is therefore the confidence that we make to them that holds the system. In a declarative system, it was easy for the Barclays Bank to report an inaccurate Libor, upward or downward, according to trade that it wanted to do. This is legally of course a price manipulation, which was sanctioned by the "Financial Securities Authority - FSA" on June 27, 2012, inflicting Bank fined nearly £ 60 million. But it is especially throughout the system of credibility of this Bank, and banks, which is undermined, since everything is based on the statements. We understand that therefore all managers are laid off, etc. Will that be enough to keep a system purely declarative?

The "Libor", as it has been explained above is a key for financial transactions on the markets, but is based on the daily bank statements. It is sufficient that they lie so that the system, declarative, is stopped, because the manipulation of price is child’s play: it is sufficient for the Bank to make inaccurate statements, following its interest to have transactions backed to Libor rates more or less high.

The heart of the device is thus based on the conviction (with the meaning of "belief") that banks do not lie. This shows that in these systems which are highly regulated as the banking and finance remains a background of self-regulation, especially we were told in the UK: one does not lie, because we stand.

When the regulator has discovered that Barclays Bank had manipulated the Libor rate, price manipulation, therefore, it imposed a spectacular fine on June 27 from 59.5 million pounds.

The bank reacted, not against the Financial Securities Authority, but against all the possible authors of this reprehensible behaviour within it, in a wave as spectacular and great publicity stunt, to try to save its credibility.

Because been discovered telling a lie, in a system based on the morning statement made ​​by a bank, economic agents so extraordinary and aware of their duties they will not lie and could thus participate in the conduct of the system (which is the case across the Libor), involves not only the entire Barclays, but still what remains of self-regulation in the banking system and the role of banking in the financial system.

It may be feared that once the regulator and all other, investors, political opinion, saw that the king was naked, this is all banks are called into question and the mechanism of declarative Libor also questioned. Now the words of the banks would mean nothing?