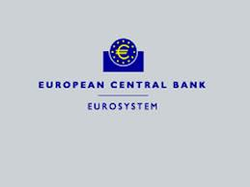 On 12 September 2012 the European Commission published its proposed institutional constituting part of the European "union bank".

As such, the primary role isn’t given to institutions of the Member States any more but to the European Central Bank (ECB), which should, if the Commission wishes to materialize, become supervisor of 6000 banks in the euro area.

According to a conventional banking regulation, the European Central Bank will have the power to grant ex ante licenses to banks wishing to operate in the euro area and for overseeing the liquidity rules are respected. It shall have the resources to use legal constraints that measures be taken to ensure that the material ratios are respected by the banks.

In same way as any supervisory authority, the ECB shall may investigate, request information, inspect and request searches. It will then have powers to impose sanctions ranging from a fine rendering of the withdrawal of approval.

This institutional change is logical and was expected: as soon as there is a project, probably responding to a need. If we want an European banking market, we need common rules (Basel III) and a unified institutional architecture.

The choice made is actually very Cartesian, since concentrating all powers in the central government: the European Central Bank. One might think that the central bankers of the Member States will be sensors or relay them.

This is not true in financial regulation, insofar as the European Banking Authority (EBA) is a collegiate structure in which national authorities sit.

Thus, the bank would created a sort of “French Europe ", that is to say perfectly "centralized" ... institutionalized, even though the Basel III rules were designed by the Anglo-Saxon mind.