In the United States, the Republican Party declared on the 1st September 2012 its opposition to any lifting of the ban of online poker. 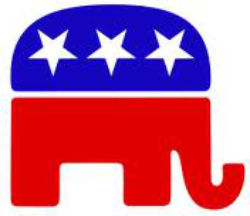 In the United States, in its political program, the Republican Party has indicated that it considered inadequate the decision of the Department of Justice adopted in December 2011, according to that the prohibition of poker does not apply when this game was played on line. Indeed, the Republican Party said that this game can be pathological, because it can destroy the players and their families. As such, the distorted interpretation that the previous administration that made of the Wire Act should be canceled for that to be restored, according to it, the outright prohibition of online poker. This program must be compared, in contrast with the court decision, which comes instead to ask that poker can be freely organized, because it is not even a gambling game.

The American Republican Party has officially declared its opposition to any regulation of online poker in the United States. Indeed the Department of Justice in December 2011 interpreted the law to conclude that online poker was allowed. The Republican Party reacted against this interpretation of silence of the law, so extensive interpretation. However, one can not interpret a rule so extensively that can only be exceptionnel, any exception involving a restrictive interpretation.Indeed, according to the party it is the prohibition of poker which is principle and its authorization, for exemple in casinos, which is exceptional.

So, in the silence of the law, it is forbidden to infer that online poker which is not covered by the text, would be thereby authorized. Why? Because poker is a bad activity. Indeed, it is an addictive activity, which can lead to the loss of not only the player but also his entire family. So it’s prohibition in principle, it’s autorisation by exception and texts that organize its practice can only be interpreted as restrictively, that did not make the Department of Justice.

That is why, in a more programmatic approach, the Republican Party says that if its candidate became president of the United States, a federal regulation of online poker is excluded and the prohibition State by State should continue.

Does this make sense? Certainly in legal logic, the reasoning is quite sustainable as the rule between the principle and the exception. But in practice, the technology makes it possible to play on the Internet outside of the geographical location of the player.

Thus, the prohibition is not going to have a signifiant impact and if there has been an extensive interpretation of texts in 2011, it is probably because before the "fait accompli" of poker organized on the Internet from site operating from abroad it need a better control by regulating them rather than let flourish under the cover of an ineffective prohibition.

In addition, particularly in common law systems, the legislature is not all-powerful, the judge is a key source of law. However, a judge just said on 21 August 2012 that poker is not a game of chance but of strategy, which would escape it to all the mechanisms of prohibition or restriction of gambling. Therefore, between the power of technology and the power of the judiciary, the regulation was not a more effective way for the one who wants to fight against the destructive addiction caused by poker online?