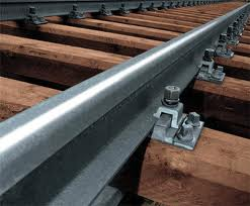 The French Rail Regulator entrusts a public undertaking, RFF ("Réseau Ferré de France"), the management of the railway infrastructure. It must therefore enter into contracts with the railway undertakings to have rail transportation. European laws provide that these contracts must follow on the one hand, the specific legal provisions, and on the other hand the "network statement ". In addition, framework agreements determine the distribution of the allocation of capacity of the infrastructure between transport undertakings, schedules and prices. The regulator must give a reasoned opinion on these agreements. The notice is only optional, binding neither the State nor the parties. RFF ("Réseau Ferré de France") has developed a project of framework agreement and transmitted it to the autorité française de régulation des activités ferroviaires (ARAF) – (French Rail Regulator). It has chosen to open on 17 April a public consultation, with on its website the project of framework agreement, allowing any stakeholders to express themselves on the duration, pricing, transparency and confidentiality, and also the contractual balance of such an agreement. The consultation will be closed on 4 June and the autorité française de régulation des activités ferroviaires (ARAF) – (French Rail Regulator) will then deliver its opinion.

Now, the mechanism once reserved for the financial and banking world, "consultation de place"(a market-wide consultation), applies to any regulation.

When the regulator must take position, on a text (to apply or develop) or a contract, before exercising his office, he asked his opinion to "stakeholders". Indeed, in its invitation, the autorité française de régulation des activités ferroviaires (ARAF) – (French Rail Regulator) addresses to those whom she refers as the "actors", that is to say the sector itself. It could address to academics and other types of "sachants" (the skills of various experts), but this is the sector that the regulator operates.

It is a "consultation de place" (a market-wide consultation). Firstly, it can be concluded that the sector is best placed to provide the regulator the information and thus fill the asymmetry of information which it had suffered; the opposition of interests between the different actors is a guarantee of efficiency to get out information.

The regulator is as well informed as is a judge: by the contradiction of interests of "stakeholders" opposing fact before him. Secondly, it can be observed that the sector is consulted because that is the way to admit a posteriori the position of the regulator, as it will be, through a consultation ex ante participated. This decreases its non-binding opinion.

Indeed, if we imagine that the entire sector criticizes a provision of the project (or the absence of a provision) and that this criticism is relayed by the regulator, we can suggest that the party of the contract, although not legally bound, will strongly take into account, that is to say comply. This leads to a question, haunting in all regulated sectors, the nature of the relationship between the manager of the essential infrastructure and the one who accedes. Indeed, a symptomatic manner, the text is that the framework agreement set "pricing".

In a contract, the amount of money transferred in exchange of a good or a service is referred to as a "price", that is to say agreed between the two parties. "Pricing" is unilateral nature. It is suspected that this framework agreement would be unilateral, perhaps administrative action, and they design then is the role of the regulator in its regard. This substantial ambiguity as to the characterization of the relationship, quickly designated as a "contract", remains.