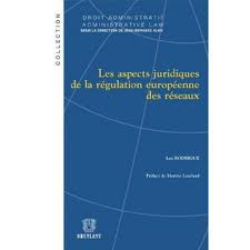 In its thesis, the author shows the legal side of the opening to competition in the telecommunications, postal services and energy sectors. The analysis is conducted at European level and not at national States level. The author not only highlights the decisive role of the European Commission, which obtained the consent of the national bodies through co-regulation, but the book highlights a distinct European institutional dynamics. This takes the form of European sectoral agencies, which could become in the future regulators. Strengthening European can in the future, according to the author, take the form either of a even stronger involvement of the European Commission, or a consecration of these European sectoral agencies emerging.