The North American Senate approves the appointment by the President of the United States of two new members of the US Federal Bank, appointments that it blocked so far. 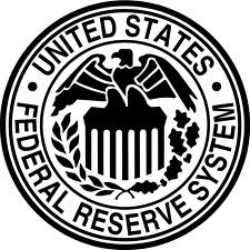 The Executive Board of Governors of the North America Federal Bank had only four governors on seven seats established. But two people, Jerome Powell (Banker), and Jeremy Stein (Economist) appointed by the President of the United States Barak Obama, could not take their function, because their appointment in December 2011, was not approved by the Senate. It was enough that two parties will disagree with each other, while Mr. Powell is Republican and Mr. Stein is democratic, to paralyse the whole because of the willingness of opposition of the Republican Senator David Vitter. The JP Morgan case led the two parties to an arrangement and the appointments were approved by the Senate on May 18, 2012.

Here we can see the good effect of shock waves of cases however regular and unrelated with effects achieved. The JP Morgan case received extensive media coverage, while it is normal that a Bank uses the freedom given by the law, from the moment that it informed the risks taken (which it did) and the losses observed and possible (which it did).

Each claims a law, while this event provides no specific information, apart from the fact that banking is not self-regulating what we already knew. It is "l’effet macédonien" ("Macedonian effect") of a particular case of the legislature that the media increase now. But a small thing can get out a property, even though there is no causal link and we’re here also in full irrationality.

The same Dean Jean Carbonnier, writing about the legislative Art, had written"p etite cause - grands effets" en la matière" (" on small cause - large effects" in this field"). We know that in the United States, the political system of Check and Balance can lead to blockages. It may concern the adoption of laws, but also appointments. Thus, the appointment of the Governors of the US Federal Bank, the Federal Reserve System (FED), made by the President of the United States must be approved by the Senate.

For several months, three of the seven seats are vacant. For months, a contest of strength between the White House and the Senate as the President Barak Obama appointed two personalities that the Senate does not approve in December 2011. The third seat is not an immediate problem, because its current incumbent Elizabeth Duke, has saw her mandate expired on January 31, 2012 but the the Federal Reserve System (FED regulation allows her to remain in office, even if she is no longer the incumbent of her post. The question of her renewal will still arise in the coming weeks or months.

The institutional stalemate regarding two persons nominated takes no account of people itself, or the balance between both appointments made by the President. Indeed, Jerome Powell is an investment banker of case and Jeremy Stein is economist, balance of the legitimacies. The first is Republican; the second is democratic, political balance. But David Vitter, Senator of Louisiana blocked the appointments, and justified his attitude in argued that these appointments would offer a " blank check " to the President of the United States, the Federal Reserve System (FED) doing what the White House would say to do in order to take advantage of the fact that the appointees have little experience in monetary matters (but today can we separate the monetary to the banking and to the general economy?).

There is no progressed, the White House doesn’t want to remove his appointments, that it estimates justified and balanced. Then, "the JP Morgan case" comes. It is thinking directly about it that Senate change its internal balance of power and that the Republican Party opposes his own Senator to approve the two appointments. The correlation between the two is expressly made by Senator Tim Johnson, President of the Banking Affairs Commission of the Senate, who said: by coming together to confirm the appointments of two very qualified candidates, we have ensure that the country has the advice of a Board of Governors of the Federal Reserve operating at full capacity, with strong officials working to consolidate the economic recovery and to act to prevent another financial crisis".

It is mainly to enhanced institutional efficiency that this JP Morgan case leads, that has no relation to the governance of the Federal Reserve System (FED).We could see a perverse effect. On the purpose, the causality, it is certainly one of them. But in a political and institutional of check and balance system that can block appointments very powerful institutions, the policy can take advantage of media agitation to institutional situations.