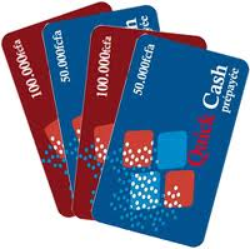 It observes first of all that the strongest criticism came true of an operator, which is normal, but more precisely than the former Director General of the national Agency of frequencies, which is under the rules of conflict of interest or of ethics, is more open to criticism. This weakens the criticism, not substantially but by this only formal consideration.

It then regrets as the regulator chooses not to speak. Indeed, regulators oscillate, as judges, between the authority to remain silent and remote, once the decisions made and issued, not to compromise in is explaining, and to make themselves understood the sector or the population, here directly concerned.

In fact, in an immediate vision, the possibility of having cost reduction for the phone and the line is favourable to the consumer. But it also knows that pre-paid subscriptions are more expensive than others and are used by consumers often little solvent, who agree to pay more for the lack of security that would bring a regular subscription exposing the operator to first provide the service without being sure to be paid then.

Secondly, we also know that the prepaid services are technologically poor. Assuming that the regulator has to service not only the protection of the consumer (ambiguous here, because it is certainly of interest to access a post-paid subscription but due to the lack of solvency, it is likely to be excluded from the market of mobile telephony) but even the development of the market, then it must promote the development of post-paid subscriptions. If 95% of the subscriptions are concluded in Algeria on the modality of the prepaid contracts, we are effectively very far from the account.