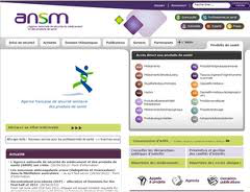 It will observe first of all that the name chosen for the organisation in charge of the safety of the drugs is not "regulatory authority", but "agency", which continues to refer to in-house body to the Executive hierarchical services. Then, the one who leads, - who is not President but Executive chairman, is no longer a person of the administration, but a "home de l’art" (person skilled in the art), because it’s a Professor in Medicine. The purpose is here to try to fight against the capture of the agency by the sector, by leading it by a person with the same knowledge at a high level (University Professor), than the sector.

This is not the case for other regulatory authorities; we see rather connivance, if, for example, the banking supervisory authority was led by a former banker, is preferred to choose someone from the administration. On the internal organisation of the new agency, because the Act which implements it is a pure "reaction" to an isolated scandal but publicised and deemed as exemplary, the real heart is in the exclusion of the links between the Agency and the industry.

Thus, the Decree of April 29, 2012 excludes now any presence of industry representative in the organisational structure of the agency. Conversely, three deputies and three senators will serve on the Board of Directors of the Agency, which has no power to decide to create committees, such as committees of placing on the market, or pharmacovigilance, etc. Because independence is in general in the knowledge, the Agency has a Scientific Council, open to personalities, including foreign people, with a budget of EUR 15 million.

Through its devices, there are movements of observable pendulum in all regulatory systems and which are based on the same dilemma: how to make the regulatory agency to both non-captured by sector (because it controls it) and informed (while it is the sector which holds information and that it can control it if it has the information)? In a pendulum movement, the regulator is closer to the sector to be informed and the tendency of the capture occurs, then, possibly by over-reaction to a scandal, the regulator moves away of the sector to be independent, but then this raises the question of technical competence.

Is having a professor to his head and insert a Scientific Council with a budget of EUR 15 million is enough? It is also the idea that the body in charge of the drug was discredited by the scandal of the" Médiator", will find a legitimacy by the presence of the Parliament, not only ex post by reports (accountability), but still by the presence of members of the Parliament to the Board of Directors. If the criterion should be the technical competence, one may wonder if the cards do not become blurred by political considerations (the parliamentarians voting the law) and a distrust of the agencies.