On 25 June, 2102, The European Securities and Markets Authority (ESMA) published a project to regulate financial derivatives 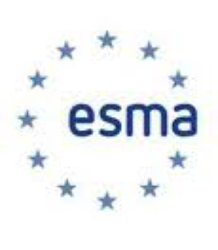 On June 25, 2012, ESMA has published a draft text to regulate the market for over-the-counter derivatives, providing this text for consultation until September. It is of course ironic "regulating" a system of "over the counter", which consisting an oxymoron: a "over the counter regulated". This is why the European Securities and Markets Authority (ESMA) in a roundabout way. Firstly, its project aims at to bring transparency in the system, which it says that the dysfunction is related to the market is held primarily by bilateral relations between banks. Secondly, it envisages a system of warranties, failure of consideration, brings financial and banking regulation. Thirdly, it aims to better supervise the clearing houses, their status of which would be a "crucial operator" is better recognized.

Financial derivatives market presents a systemic risk. Europe has therefore intervened. Regards first the institutional and procedural dimension: the European authority, the European Securities and Markets Authority (ESMA), which is closer to the moment of a concentration of national European regulators to a European supra-national regulator, expressed the common desire to regulate this market. The European Securities and Markets Authority (ESMA) has therefore followed a procedure, now found almost in all regulators, in all sectors.

After it stopped a project with national regulators, the European Securities and Markets Authority (ESMA) published project, June 25, 2012, that it opened for consultation to all operators. The consultation will close in September 2012. The European Securities and Markets Authority (ESMA) take into consideration the observers of the sectors to develop in the following weeks a final draft. The entire procedure will be in this first phase relatively long. It is conceivable that subsequently, the normative process can go faster, or that it is through standards European, ensuring legislative unity, or it is through national regulators (vertical and not horizontal method), but hopefully that will be the same normative unit, since they participated in the European process.

It is known that all sectors are not the same normative uniqueness, for example online games, then what constitutes a disability (on an example in this sector, click here). Regarding then the substance of the project: the regulation continues to rely on liberal assumptions, trying to organize more transparency in a market that dysfunctions are by the regulator attributed in large part to the bilateral relations between the banks in an over-the-counter market.

Indeed, it said that markets "over-the-counter " are built on the contracts, which produce no information for the benefit of third parties. In this, they are opaque, because that brought to the ordinary scheme of competitive markets, which are not transparent and that only price adjust because the information, which is limited to these is public. Therefore, a market, such as derivatives, if it is dominated by relations bilateral between banks risk even, only to be not transparent but completely malfunction because only insufficiently atomized, common condition of ordinary market.

Beyond the procedural rule of transparency, artificial rule which forced the law of contract that does not occur spontaneously, the project that would subject to clearing take derivatives contracts a procedure that ensures the support of a guarantee fund so that the transaction is executed, even in case of failure of either party.

In this way, the security is made on a procedural way (transparency), but in a substantial way (guarantee fund). It is remarkable to note that here the financial regulation borrows a tool of bank regulation: the full guarantee, and offers to the player in the market, that is to say the investor, the same tool of protection, that organized, very long for the depositary in a bank account.

This shows once again, and the reconciliation of the depositary and the investor, and the approximation of bank ing regulation and the financial regulation. Finally, the text aims to better supervise the clearing houses, making a gradation between over the counter markets, markets organized and regulated markets. In this, the European Securities and Markets Authority (ESMA) acknowledges that, without regulated, these markets are based on clearing houses. One could say that they are "crucial operators".