In France, the" Autorité de la Concurrence - ADLC " (French Competition Authority), by a notice on May 15, 2012, believes that the statistics published on the sales made by the warehousekeepers of petroleum products would be eligible if the geographical area was national, the retail can remain operator by operator, because it makes the downstream market more transparent. 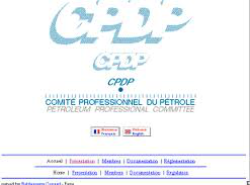 In France, The "Autorité de la Concurrence" -ADLC (French Competition Authority) may deliver opinions. An association of importers of petroleum products asked it his opinion on statistics of sales made by each warehouse of petroleum products on each area of the national territory, published monthly. By notice on May 15, 2012, the Authority replied that such statistics on each operator are welcome because they generate transparency on the retail market, although it should be that statistics cover all of the territory and are published every six months or annually.

In France, the Autorité de la Concurrence - ADLC (French Competition Authority) has the power to issue notices, which may be requested by associations, notices which are not binding. Thus, the Union des Importateurs Indépendants Pétroliers (Independent Union of Petroleum Importers), referred the matter to the Competition Authority for the following reason.

The Comité Professionnel du Pétrole - CPDP (Professional Committee of Oil), published since 1950 and until 2008 the monthly statistics on the volumes of sales of petroleum products by operators (authorised warehousekeepers of products). Statistics are divided into the following type of product, the warehousekeepers and the following geographical area in France. The Committee considers that the stopping in 2008 of the production of this available statistics for all creates a distortion of competition.

On May 15, 2012, the Competition Authority delivers its opinion n° 12-A-12 relating to the referral of the Independent Union of Petroleum Importers (IPU), relating to compliance with the competition rules of the statistics published by the Comité Professionnel du Pétrole relating to the volume of sales of petroleum products carried out by authorised warehousekeepers.

Firstly, The Competition Authority considers that the publication of the statistics by network storage (by approved depository) at the national level would be unlikely to produce restrictive effects on competition. There is therefore that the authority prefers the establishment (or at least the publication) of statistics, while refined to the level of each warehouse, but at the level by storage network at the national level without distinction as to geographical area within the country.

The authority concluded that possibility of a resumption of the publication of statistics relating to the sales volumes of petroleum products by authorised warehousekeepers, would therefore remedy the asymmetry of information, assuming that it exists, and to reduce the potential risk of anti-competitive practices on the part of vertically integrated companies.

This the opinion about a situation of market that evokes assumptions of Regulation (distribution of petroleum products, how can we not think about the founder decision of the Supreme Court of the United States Standard Oil ?), company vertically integrated distribution network, here we can find the border between competition and regulation, and the way in which this border is rapidly and in a sprightly way crossed. Indeed, the opinion considers that transparency is welcome, but transparency is normally confined to the regulated sectors and non-competitive markets.

This opinion accepts the use of the publication of the statistics, which corresponds to a tool of regulation, since it is to inject ex ante information in the market. Moreover, the notice gives the "ratio decidendi" of the tolerance: the balance that this happened to vertically integrated companies.

It could not be better said in a vocabulary of Regulation.