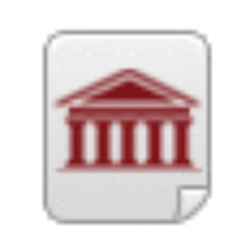 The Basel Committee on Banking Supervision approved a package of new proposals to strengthen global capital and liquidity regulations for consultation, as part of its comprehensive response to the international financial crisis.

After its oversight body, the Group of Central Bank Governors and Heads of Supervision, had met on 6 September 2009, the Basel Committee on Banking Supervision (BCBS) strove to create a renewed, comprehensive set of measures to strengthen the regulation, supervision and risk management and set the new standards for banking regulation and supervision at the global level. As stated by Mr. Nout Wellink, Chairman of the Basel Committee, and President of the Netherlands Bank, the BCBS is “working toward the introduction of a macroprudential overlay which includes a countercyclical capital buffer, as well as practical steps to address the risks arising from systemic, interconnected banks”.

To cope with the market failures revealed by the ongoing financial crisis, the BCBS has proposed a number of fundamental reforms to strengthen microprudential bank regulation, which will help raise the resilience of individual banking institutions to periods of stress. On the macroprudential side, the BCBS aims to address system-wide risks that can build up across the banking sector as well as their procyclical effect. Key elements of the proposals the Committee is issuing for consultation in its Consultative Document ‘Strengthening the Resilience of the Banking Sector’ of December 2009 may be summarized as follows:

2. Secondly, the Committee has proposed strengthening of the risk coverage of the capital framework. In addition to the trading book and securitisation reforms announced in July 2009, the Committee is now proposing stronger capital requirements for counterparty credit risk exposures arising from derivatives, repos, collateral management and securities financing activities. Similarly to what had been introduced for market risks, this will address concerns about capital charges becoming too low during periods of compressed market volatility, helping to address procyclicality and promoting more integrated management of market and counterparty credit risk.

3. Third, the Committee is promoting an internationally harmonised leverage ratio, as a supplementary measure to the Basel II risk-based framework, as well as additional safeguards against attempts to mitigate risk based requirements. The ratio shall be calibrated so that it serves as a credible supplementary measure to the risk based requirements.

4. Fourth, the Committee aims to introduce several measures to promote the building up of capital buffers in good times that can be used in periods of stress, as well as provisioning based on expected losses, which would capture actual losses more transparently and less procyclically, as compared to the current ‘incurred loss’ provisioning model. The new framework would address the following measures in a more detailed way: cyclicality of the minimum requirement, forward-looking provisioning, capital conservation and excess credit growth.  These four measures are designed to complement each other. For example, forward looking provisioning focus on strengthening the banking system against expected losses, while the capital measures focus on unexpected losses.

5. Fifth, the Committee is introducing a global minimum liquidity standard for internationally active banks and a set of monitoring metrics to assist supervisors in identifying and analysing liquidity risk trends at both the bank and system wide level. These standards and monitoring metrics complement the Committee’s ‘Principles for Sound Liquidity Risk Management and Supervision’ issued in September 2008, and are elaborated in Committee’s second Consultative Document ‘International Framework for Liquidity Risk Measurement, Standards and Monitoring’ that deserves our attention.

This Document’s main idea is that a strong liquidity base reinforced through robust supervisory standards is a necessary supplement to capital requirements, which by themselves are not sufficient. Due to the fact that, to date, there are no internationally harmonised standards in this area, the Committee is fleshing out its liquidity standards to promote an international level playing field to prevent a competitive race to the bottom. This document is organised as follows:

After an Introductory part explaining rationales for a new Framework, Section II ‘Regulatory Standards’ discusses the two measures of liquidity risk exposure to achieve two separate but complementary objectives. The first objective is to promote short-term resiliency of the liquidity risk profile of institutions by ensuring that they have sufficient, high-quality, and liquid resources to survive an acute stress scenario lasting 30 days. The Committee developed the Liquidity Coverage Ratio which identifies the amount of unencumbered, high-quality, liquid assets an institution holds that can be used to offset the net cash outflows it would encounter due to an acute short-term stress scenario specified by supervisors.  The second objective is to promote resiliency over longer-term horizons by creating additional incentives for banks to fund their activities with more stable sources of funding on an ongoing structural basis. With regards to this, a longer-term structural ratio, the Net Stable Funding Ratio, has been developed to capture structural issues related to funding choices, measuring the amount of longer-term, stable sources of funding used by a bank, relative to the liquidity profiles of the assets funded. It would be used to address liquidity mismatches and provide incentives for banks to use stable sources to fund their activities.

Section III presents a set of common monitoring tools to be used by supervisors in their monitoring of liquidity risks at individual institutions. As a survey of Basel Committee members conducted in early 2009 identified that more than 25 different measures and concepts are globally used, to introduce more uniformity, the Committee has developed a set of common metrics that should be considered as the minimum types of information which supervisors should use in monitoring the liquidity risk profiles of supervised entities. The following was identified in the Consultative Document: 1. Contractual maturity mismatch – which provides an initial, simple baseline of contractual commitments and is useful in comparing liquidity risk profiles across institutions; 2. Concentration of funding – involving an analysis of concentrations of wholesale funding provided by specific counterparties, instruments and currencies, to assist supervisors in assessing the extent to which funding liquidity risks could occur in the event that one or more of the funding sources are withdrawn; 3. Available unencumbered assets: relating to the amount of unencumbered assets a bank has, which could potentially be used as collateral for secured funding, indicating the capacity of a bank to raise additional secured funds; 4. Market-related monitoring tools: useful proposed data includes monitoring market-wide data on asset prices and liquidity, institution-related information such as credit default swap (CDS) spreads and equity prices, and additional institution specific information related to the ability of the institution to fund itself in various wholesale funding markets.

The Basel Committee on Banking Supervision is currently initiating a comprehensive impact assessment of the proposed enhancements of its global capital requirements and the new liquidity standard to ensure that the new standards introduce greater resiliency of individual banks and the banking sector to periods of stress. Based on this analysis, the Committee will issue a comprehensive set of proposals on all elements discussed in these consultative documents by the end of 2010.

The Basel Committee on Banking Supervision (BCBS), as a forum for regular cooperation on banking supervisory matters which seeks promote and strengthen supervisory and risk management practices globally, has broadened its membership in June 2009, by including five new member representatives in its Governing body. In the following month, the BCBS issued several important documents aimed at enhancing the Basel II Framework, such as the Guidelines for Computing Capital Incrementing Risks, Revisions to the Market Risk Framework etc, which will come into effect at the end of 2010. These proposals were a part of the Committee’s broader programme to strengthen the regulatory capital framework, notably by promoting the build-up of capital buffers, strengthen the quality of bank capital and introducing a leverage ratio as a backstop to Basel II.

Addressing the lessons of the existing financial crisis, the objective of this reform package open to consultation until 16 April 2010 is to improve the banking sector’s resiliency to shocks arising from whatever financial and economic stress, with the main goal to reduce the risk of spill over into the real economy. Through this reform package, the BCBS also aims to improve risk management and governance of banks, as well as banks’ transparency and resolution of systemically significant cross-border banks, adding to the global initiative to strengthen the financial regulatory system as endorsed by the Financial Stability Board and the G20 Group Leaders. The Basel Committee aims at raising the resilience of the banking sector by strengthening the regulatory capital framework, notably the quality of the capital base and risk coverage, but does not limit itself to capital.

Throughout the global existing financial crisis, unprecedented levels of liquidity support were required from central banks in order to sustain the financial system and even with such extensive support, a number of banks failed, were forced into mergers or required resolution. Liquidity risk and its management did not receive the same attention and priority as other risk areas. The fact that one of the main reasons for the severity of the existing crisis was excessive on- and off-balance sheet leverage and a gradual erosion of the capital base backed by insufficient liquidity buffers, urged the BCBS to underpin capital standards by a leverage ratio intended to contain excess leverage in the banking system. The crisis was amplified by a procyclical deleveraging process and by the interconnectedness of systemic institutions through an array of complex financial transactions. To face this problem, the BCBS is proposing a number of macroprudential elements into the capital framework to address systemic risk arising from procyclical trends and interconnectedness of financial institutions. These measures against procyclicality should, hopefully, ensure that the banking sector serves as a shock absorber for risks in the financial system and in the broader economy, rather than a vector of risk.
Policy options to ensure banks were subject to regulatory requirements that reflected the risks they represent for the financial system and the real economy were underdeveloped prior to the crisis. The Committee is therefore developing practical approaches to assist supervisors in measuring the importance of banks to the stability of the financial system and the real economy, and reviewing policy options to reduce the probability and impact of failure of systemically important banks. It is evaluating the pros and cons of a capital surcharge for systemically important banks. It is also considering a liquidity surcharge and other supervisory tools as other possible policy options.
Among key measures, BSBC members reached agreement on several important points: raising the quality, consistency and transparency of the core capital base, common principles of capital deduction and the full disclosure of capital base; introduction of the leverage ratio as a supplementary measure to the Basel II risk-based framework which will be harmonised internationally, fully adjusting for differences in accounting; measures that will represent the minimum global standard for funding liquidity and measures for countercyclical capital buffers. After the BCBS publishes the outcome of its comprehensive impact assessment of the aforementioned enhancements to its adopted and proposed standards, we may expect a comprehensive set of proposals on all important elements by the end of 2010.