II-6.29. In a judgment of 16 May 2012, the "Conseil d'Etat" (French Council of State) acknowledged, despite the silence of the texts, a right for a retrial against sanction imposed on auditors. 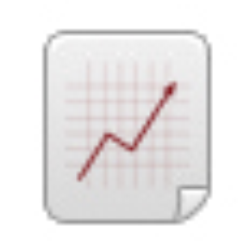 A "Chambre régionale de discipline des commissaires aux comptes" (Auditors’ regional chamber of discipline) had imposed a penalty on one of these professionals, who formed a retrial before this chamber. His action is dismissed for lack of text, that confirms the "Haut Conseil du Commissariat aux Comptes (French High Council of the Commissioner of Account). The "Conseil d’Etat" (French Council of State) invalidates the decision, demanding that retrial is open, even without special text, if the applicant claims that the decision was not adopted on the relevant documents.

To read the Conseil d’Etat’s decision (in French), click here.

An auditor is sanctioned by the Chambre régionale de discipline des commissaires aux comptes de Paris (Regional disciplinary Chamber of Paris). This forms a retrial before the same Chamber is an extraordinary way of withdrawal. Regional Chamber rejects the action, because its existence is under no text. The auditor appealed the decision of the Regional Chamber to the H3C, which based on the same reasoning as the Regional Chamber, namely the absence of legislation providing for retrial, dismissed the auditor.

The auditor then grabbed an appeal the Conseil d’Etat (French Council of State) will impose the opposite solution, annulling the decision of the H3C.

Yet, it is true that no text provides a retrial against disciplinary decisions taken by the regional chambers. It is also true that action for retrial is an extraordinary legal way, which therefore implies that there is explicit text.

However, the judgment of the 6th sub-section of the Section du Contentieux (Litigation Section) of the Conseil d’Etat affirms that the auditor has the right to demand a new trial against the decisions of disciplinary sanctions imposed on him. Without special text, he can still seize the Chamber again for a new consideration of his case.

The justification lies in the reports between special law and general law. Indeed, usually special law put away the general law. Thus, one could argue that the procedure specific to professional sanctions departs from the general law of procedure. But this is only true if procedural rules contain general measures of technical dimension only.

This is why it is important to understand that in the decision of the French Council of State, the action for a new trial in procedural law is fundamental.

Indeed, without stopping other grounds of appeal, the Council of State back to the general texts of the Code de justice administrative (Code of Administrative Justice) which organizes the judicial review. The Court notes that the action for retrial is excluded if a text does not provide, unless a party has inserted an inexact document into a debate or if the agency statue was deprived of knowing a pièce decisive (critical piece). In this case, the retrial is open, even without text.

Therefore, by stating that the retrial is closed, except for special text for the organization, H3C has violated the law and its decision must be quashed.

This is an excellent decision. Indeed, increasingly, it is recognized that Regulations, including professional and markets Regulation, the two are often connected (as is the case for auditors) must be absolutely square with the fundamental principles of procedure.

However, the right to a new trial in procedural law is general. This is why this rule permeates all procedures, because it is intended to correct the "error of the judge" (see . FRISON-ROCHE, Marie-Anne, Marie-Anne, L’erreur du juge, RTD civ., 1001, p819-832).

Indeed, if the disciplinary Authority takes a sanction on a false piece or in the lake of a decisive piece (two cases referred by general legislation and the Council of State), it adopts a wrong decision necessarily.

More, it is for regulators, the H3C here, to ensure that disciplinary bodies penalize on exact facts, which is essential for the safety of the profession and markets.