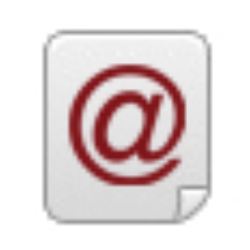 The Conseil d’Etat (French Council of State) handed down a ruling (n°339154) on October 19, 2011 in the French Data Network, Apple, and iTunes case. In this ruling, it refused to annul the decree giving the "Haute Autorité pour la diffusion des œuvres et la protection des droits sur Internet" (HADOPI — France’s Internet Piracy Regulator) the power to issue injunctions to force the accessibility of essential information on the Internet in order to guarantee interoperability, using either penalties or fines.

The "Conseil d’Etat" (French Council of State) first reiterated that the HADOPI is an “independent public authority” with legal personality in charge of a “regulatory and supervision mission” in the field of technical measures to protect and identify works protected by intellectual property law or other similar legislation.

The ruling examines the legal framework applicable to the relationship between the owners of rights (copyright or another related right) and various corporations and Internet service providers. The principle issue at stake is interoperability.

The Council pointed out that “in order to guarantee the interoperability of systems and services,” the HADOPI’s "Commission de Protection des Droits" (Commission for the Protection of Rights) has the power to perform mediation between software publishers, technical system manufacturers, and service providers, on one hand, and rights holders, on the other. If mediation is unsuccessful, the Commission can issue an injunction along with a daily penalty until the injunction is obeyed in order to allow the plaintiff to access the information they need in order to ensure interoperability. If the injunction is not obeyed, fines and other penalties can be issued by the HADOPI.

This regulatory power was granted by Decree on December 29, 2009, which organized the HADOPI’s method of operation, and which was challenged before the "Conseil d’Etat" by Apple, Inc., and iTunes, SARL, which asked the Council to annul it.

They argued that this decree was contrary to the Treaty on the Functioning of the European Union because it went beyond the requirements of the European Directives of May 14, 1991, June 22, 1998, and May 22, 2001, by providing regulators with disciplinary powers that were not mentioned in these directives.

The Conseil d’Etat did not accept this argument. It believes that the decree is in conformity with the mandate the executive branch received from the legislature to define by way of decree the procedural rules that the HADOPI would use to ensure interoperability, which is not the same as creating rules on the subject, or allowing the HADOPI to do so.

The "Conseil d'Etat" has taken care to support a French regulator whose model is being adopted abroad, but which is also contested sometimes. Therefore, had the "Conseil d'Etat" annulled this decree, it would have been an important blow to the HADOPI, since all other regulators are constantly being given new, greater, and more diverse powers. Furthermore, it is remarkable that the Head of State personally expressed his satisfaction over this ruling.

But, the "Conseil d'Etat" must also take into account the June 10, 2009 decision of the "Conseil constitutionnel (French Constitutional Council) on the Act of Parliament that created the HADOPI. Indeed, the "Conseil constitutionnel" had affirmed that only a criminal court could punish those who had illegally downloaded content from the Internet. But here, the case is different, because it involves technical measures and mediation procedures between people with potentially divergent interests, organized by the "Commission de protection des Droits".

Therefore, the Decree simply organizes this procedure without adding any new rules. The penalties and fines that the Commission might issue have nothing to do with activities related to illegal downloading, but rather, aim at punishing an attitude towards the regulator itself, since in such cases the concerned party has not obeyed its injunction.

Even though the "Conseil constitutionnel" (French Constitutional Council) used Article 6 of the European Convention on Human Rights in order to deprive the Internet regulator of any autonomous disciplinary power, which led to doubts some on the very pertinence of its existence, the Council of State uses the distinction between formal and substantial rules and between the various internal ‘parts’ of the HADOPI in order to save the regulator’s credibility. Indeed, there can be no credible regulation without credible sanction.