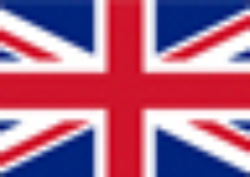 Board
The FCA Board is made up of executive and non-executive members.

The Board has several committees to which it delegates certain functions / powers, which are:

Chief Executive
The Chief Executive is responsible for implementing the strategy agreed by the Board, in whose formulation he will have played a major part.  He has the executive responsibility for the FCA’s business under authority delegated to him by the FCA Board.

The key responsibilities of the Chief Executive are:

All FCA staff, other than the Chairman’s immediate staff and the Company Secretary, ultimately report to the Chief Executive.

The FCA is funded entirely by the firms that it regulates, through charging them fees to carry out their financial activities. How much they pay is determined by what type of business they are and what activities they carry out.

The FCA is accountable to the Treasury – which is responsible for the UK’s financial system – and Parliament. However, we’re an independent body and we do not receive any funding from the Government.

The FCA also charges fees when one firm seeks to change its authorised permissions (Variations of Permission). These are normally charged at half the appropriate application fee.

As well as the FCA, we collect fees and levies for:

More about the FCA fees raising and annual fees cycle.

The FCA wants consumers to be able to trust that the firms it regulates have their best interests at heart by providing them with appropriate products and services.

To achieve this the FCA has three objectives, set out for us in the Financial Services Act 2012:

The FCA has a proportionate approach, prioritising its work on the areas and firms that pose a higher risk to its objectives. (Find out more).

A large part of the FCA's work is to implement, supervise and enforce EU and international standards and regulations in the UK. (Find out more).

CHECKS ON THE INSTITUTION

The FCA is an independent financial regulator, accountable to the Treasury and, through it, to Parliament.

Complaints Commissioner : the FCA have set up arrangements, as required by the FSMA, for investigating complaints made against them. Complaints may be made by anyone directly affected by their actions or inaction - that is, regulated firms, individual employees of firms, listed companies, consumers etc.

- Financial Services Consumer Panel monitors how far the FCA fulfils its statutory objectives in relation to consumers. It is independent and free to publish its views on the FCA's work and to commission research on consumers’ views.

- Smaller Business Practitioner Panel represents smaller regulated firms, who may otherwise not have a strong voice in policy making.

- Markets Practitioner Panel provides the FCA with external and independent input from the point of view of financial market participants.

- Practitioner Panel provides the FCA with external and independent input from the point of view of the industry as a whole.

Listing Authority Advisory Panel: they advise the FCA on policy issues that affect issuers of securities, and on policy regulation proposals from the FCA listings function.

History of the FCA
Before the FCA
In 1997 the Chancellor of the Exchequer announced reforms to financial services regulation in the UK. As part of those reforms the Financial Services Authority (FSA) was created from the Securities and Investments Board.

The Financial Services Authority (FSA) took over responsibility for:

After 1997 the Government gave the Financial Services Authority (FSA) additional responsibilities including:

To read more about FSA (archived versions of the FSA site are available at the National Archives.

Why change the FSA to the FCA?
In the wake of the financial crisis, the Financial Services Act of 2012 set out a new system for regulating financial services in order to protect and improve the UK’s economy.

The purpose is to make sure markets work well so that consumers get a fair deal by:

The Prudential Regulation Authority (PRA)
The PRA is part of the new system for regulating financial services in the UK. The PRA works alongside FCA and is responsible for the prudential supervision and regulation of banks, building societies, credit unions, insurers and investment firms.