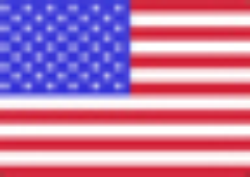 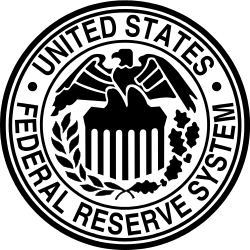 The Federal Reserve is the central bank of the United States. Its unique structure includes:

The Structure of the Federal Reserve System

The Board of Governors of the Federal Reserve System
On December 23, 1913,the Federal Reserve System, which serves as the nation's central bank, was created by an act of Congress. The System consists of a seven member Board of Governors with headquarters in Washington, D.C., and twelve Reserve Banks located in major cities throughout the United States.

Appointments to the Board
The seven members of the Board of Governors are appointed by the President and confirmed by the Senate to serve 14-year terms of office. Members may serve only one full term, but a member who has been appointed to complete an unexpired term may be reappointed to a full term. The President designates, and the Senate confirms, two members of the Board to be Chairman and Vice Chairman, for four-year terms.

Representation
Only one member of the Board may be selected from any one of the twelve Federal Reserve Districts. In making appointments, the President is directed by law to select a "fair representation of the financial, agricultural, industrial, and commercial interests and geographical divisions of the country."  These aspects of selection are intended to ensure representation of regional interests and the interests of various sectors of the public.

Responsibilities
The primary responsibility of the Board members is the formulation of monetary policy. The seven Board members constitute a majority of the 12-member Federal Open Market Committee (FOMC), the group that makes the key decisions affecting the cost and availability of money and credit in the economy. The other five members of the FOMC are Reserve Bank presidents, one of whom is the president of the Federal Reserve Bank of New York. The other Bank presidents serve one-year terms on a rotating basis. By statute the FOMC determines its own organization, and by tradition it elects the Chairman of the Board of Governors as its Chairman and the President of the New York Bank as its Vice Chairman.

The Board sets reserve requirements and shares the responsibility with the Reserve Banks for discount rate policy. These two functions plus open market operations constitute the monetary policy tools of the Federal Reserve System.

In addition to monetary policy responsibilities, the Federal Reserve Board has regulatory and supervisory responsibilities over banks that are members of the System, bank holding companies, international banking facilities in the United States, Edge Act and agreement corporations, foreign activities of member banks, and the U.S. activities of foreign-owned banks. The Board also sets margin requirements, which limit the use of credit for purchasing or carrying securities.

In addition, the Board plays a key role in assuring the smooth functioning and continued development of the nation's vast payments system [see Fedwire and Payment System Risk Policy].

Another area of Board responsibility is the development and administration of regulations that implement major federal laws governing consumer credit such as the Truth in Lending Act, the Equal Credit Opportunity Act, the Home Mortgage Disclosure Act and the Truth in Savings Act [see Consumer Information and Community Development].

Meetings
The Board usually meets several times a week. Meetings are conducted in compliance with the Government in the Sunshine Act, and many meetings are open to the public. If the Board has convened to consider confidential financial information, however, the sessions are closed to public observation.

Contacts within Government
As they carry out their duties, members of the Board routinely confer with officials of other government agencies, representatives of banking industry groups, officials of the central banks of other countries, members of Congress and academicians. For example, they meet frequently with Treasury officials and the Council of Economic Advisers to help evaluate the economic climate and to discuss objectives for the nation's economy. Governors also discuss the international monetary system with central bankers of other countries and are in close contact with the heads of the U.S. agencies that make foreign loans and conduct foreign financial transactions.

To read more about the Board of Governors and the Fed.