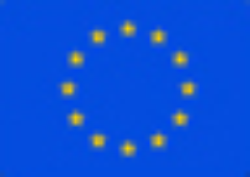 The European Securities and Markets Authority (ESMA) is an independent EU Authority that contributes to safeguarding the stability of the European Union’s financial system by ensuring the integrity, transparency, efficiency and orderly functioning of securities markets, as well as enhancing investor protection. In particular, ESMA fosters supervisory convergence both amongst securities regulators, and across financial sectors by working closely with the other European Supervisory Authorities competent in the field of banking (EBA), and insurance and occupational pensions (EIOPA).

ESMA's work on securities legislation contributes to the development of a single rule book in Europe. This serves two purposes; firstly, it ensures the consistent treatment of investors across the Union, enabling an adequate level of protection of investors through effective regulation and supervision. Secondly, it promotes equal conditions of competition for financial service providers, as well as ensuring the effectiveness and cost efficiency of supervision for supervised companies. As part of its role in standard setting and reducing the scope of regulatory arbitrage, ESMA strengthens international supervisory co-operation. Where requested in European law, ESMA undertakes the supervision of certain entities with pan-European reach.

Whilst ESMA is independent, there is full accountability towards the European Parliament where it will appear before the relevant Committee known as ECON, at their request for formal hearings. Full accountability towards the Council of the European Union and European Commission also exists. The Authority will therefore report on its activities regularly at meetings but also through an Annual Report.

ESMA's consultation practices
ESMA, its standing committees and networks work in an open and transparent manner, and consult extensively, and at an early stage, with market participants, consumers and end-users.  Further details are set out in the Public statement on Consultation practices, published in the founding texts section.  In addition, a Securities and Markets Stakeholders Group has been established to advise ESMA on working priorities and assess developments in the Single Market in the field of Financial Services.

The ESRB monitors and assess potential threats to financial stability that arise from macro-economic developments and from developments within the financial system as a whole (“macro-prudential supervision”).

ESMA contributes to the work of the ESRB, by providing data and undertaking stress tests in close co-ordination with the fellow ESA's and the ESRB. ESMA is also a voting member of the the ESRB's General Board, along with the other European Supervisory Authorities, the European Commission, the President and Vice-President of the European Central Bank, the Governors of the national central banks, the Chair and Vice-Chairs of the ESRB's Advisory Scientific Committee and the Chair of its Advisory Technical Committee.

Along with the two other European Supervisory Authorities, EBA and EIOPA, ESMA forms part of the Joint Committee which works to ensure cross-sectoral consistency and joint positions in the area of supervision of financial conglomerates and on other cross-sectoral issues.
To read more.

ESMA Board of Supervisors
The Board of Supervisors is composed of the heads of 28 national authorities (where there is more than one national authority in a Member State those authorities will agree which of their heads will represent them), with one observer from the European Commission, from Norway, Iceland and Liechtenstein, and a representative of each of the European Banking Authority (EBA), the European Insurance and Occupational Pensions Authority (EIOPA) and the European Systemic Risk Board (ESRB). The board is chaired by the Chair of ESMA.

The main role of the Board of Supervisors is to take all policy decisions of ESMA, such as decision on the compliance by national competent authorities with community legislation, interpretation of community legislation, decisions in crisis situations, the approval of draft technical standards, guidelines, peer reviews and any reports which are developed. The Board of Supervisors will also take the final decision on ESMA's budget.

The Board of Supervisors will meet at least twice a year, although in reality it is anticipated they will meet far more regularly.
To read more.

The order of protocol for the Member States is alphabetical, based on the original written form of the short name of each country.
To read more.

It has been introduced to protect effectively the rights of parties affected by decisions adopted by the Authorities.
To read more.

The SMSG is composed of 30 individuals drawn from across 17 Member States and representing ESMA’s key stakeholder constituencies:

Members of the SMSG can submit opinions and advice to ESMA on any issue related to ESMA’s tasks, with particular focus on draft technical standards and guidelines, investigations of potential breaches of Union law by national competent authorities, building a common Union supervisory culture and consistent supervisory practices, peer reviews of national competent authorities and assessment of market developments. The group publishes an annual work programme setting out its priorities for the coming year.
To read more.