Estonia is pursued by the European Commission, in that it makes no distinction its activities as regulator and operator on telecommunications. 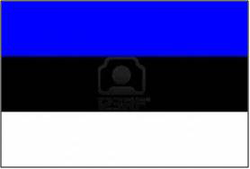 In Estonia, State owns the company Levira Ltd., which operates telecommunications. Meanwhile, the Minister for Economic Affairs which assigns and manages the radio frequencies, numberings and ensures the functioning of the universal service. But a principle of regulation prohibits the cumulation by the state of the quality of regulator and the quality of operator. This is why the European Commission opened an infringement procedure to the right of the European Union against the Estonia 1 July 2012 and asked by a reasoned opinion, to separate clearly its two activities, to ensure the required impartiality attached to the exercise of the powers of regulation.

The law of regulation has for principle the independence of the regulator. This means that if the State retains within the Executive Branch the power of regulation, for example within the Government, or even in non-administrative services non independently at least functionally if not formally, then the State should not be operator.

The rule prohibiting the combination of regulator/operator imposes on the State as a kind of "constitutional rule" of the regulation, in that it is constitutive and in that it embodies the impartiality of the regulator, which not referred from the Government, which is on the contrary legitimate in pursuing a policy.

The law of the European Union is content with a functional separation between "the regulatory state" and "the state operator" not ending with require the privatization of the undertaking if the state wants to continue or regulate the creation of an independent administrative authority of the executive if the state wants to retain ownership of the public company.

Indeed, Article 3, § 2 of Directive 2002/21 requires "an effective structural separation of between the regulatory function and activities associated with ownership and control of companies", this is connected to the need for the authorities of regulation be exercised "impartially and transparently".

But in the political and legal organization of Estonia, State is both regulator and operator. Both functions remains merged.Indeed, the Minister for Economic Affairs and Communications assigns radio frequencies, manages numbering resources and ensures the universal service provision. It is master of the regulation of the telecommunications market.

But also, the Estonian state is the owner of company Levira, which provides telecommunications service, including broadcasting or access to wireless broadband, that is to say both basic services and services that ensures the future of the development of the sector. It is understandable that in September 2011, the European Commission had initiated against the Estonian state infringement proceedings. In parallel the Commission asked the 1st July to Estonia to amend its organization to comply with the structural requirements of EU law in this area.