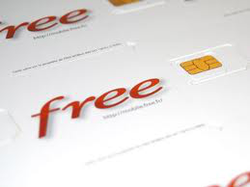 FREE is the new entrant in the market of mobile phone in France. The grant of a licence by the regulator, that is to say The Autorité de régulation des communications électroniques et des Postes (ARCEP) (French regulator of Telecommunications and Posts), has been challenged in that it would not cover the territory, whereas a sufficient percentage coverage of territory by the network is a condition of the grant of the licence. This question just dissipated the demonstration now made that this obligation was satisfied, the pricing by the regulator of the price of termination was challenged on 12 April 2012 by the European Commission.

Ten mobile operators virtual (without a proper network), including Auchan Telecom and Carrefour Alteractive, gathered in an association, Alternative Mobile, complained of FREE which have to offer services to their clients by offering them to use its own capabilities. They can because Free has made a commitment to the Autorité de régulation des communications électroniques et des Postes (ARCEP) (French regulator of Telecommunications and Posts) during the negotiation to obtain licences, in which he would accommodate these virtual mobile networks operators (MVNO).

But Free, according to the release, offer them this possibility at a very high price, because the price of the wholesale market will allow Free (to which the MVNO buy) is higher than the retail price (to which the MVNO have vocation to resell to their own client). This is to say that it is impossible to have real access.

On May 11, 2012, The Autorité de régulation des communications électroniques et des Postes (ARCEP) (French regulator of Telecommunications and Posts) informed it launches infringement proceedings against Free for non-compliance with its commitments to its grant of a phone mobile licence. On May 14, 2012, the Alternative Mobile Association informs that it notes this with satisfaction and that it involves in the procedure. With the saga FREE, is measured in the first place that litigation as a star shape, as it was already the case in the stock market area and financial sector, and is often a test of nerves more than of test law. Second, more the talk is getting louder and more compromise solutions are possible.

Thus, in the same press release by which the regulator informs that it launches infringement proceedings against the operator (cannot be a more severe legal act), it indicates that such a procedure is also a way to open a "dialogue with an operator on a subject which presents some problems"...Once again we see how the regulation has to do with rhetoric.