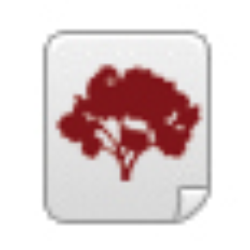 Two judgments of the General Court of the ECJ challenge the greenhouse gas emissions allowances trading system within the European market.

An October 13, 2003 European Directive implemented an European-Union-wide greenhouse gas emissions quota exchange system, in order to promote the reduction of greenhouse gasses in the European Community in an economically efficient and effective manner. The Directive instructs each Member State to elaborate five-year national greenhouse gas emissions plans, which determine the total quantity of quotas granted and the way they will be allocated to different national economic operators. Following this, an EU-wide exchange system was organized to function according to the principles of supply and demand.

National plans were supposed to satisfy the criteria provided by Directive’s 3rd appendix, and were supposed to limit emissions in conformity with the April 25, 2002 decision of the European Council approving the Kyoto Protocol and its various engagements. The Commission is to be notified of such plans, and can reject them, partially or entirely, insofar as they are incompatible with the Directive’s third appendix. A May 4, 2007 decision by the Commission rejected a part of the plan submitted by the Republic of Estonia and by Poland for the 2008-2012 period, imposing a 47.8% reduction on the emissions quotas proposed by the Estonian plan, and a 27% reduction on those proposed by the Polish plan.

However, two judgments handed down on September 23, 2009, the General Court of the European Communities has cancelled this decision, rebuking the Commission for exceeding the limits of its supervisory power by determining a quota ceiling and judging any plans that surpass that ceiling incompatible with the criteria of the Directive—a policy tantamount to an usurpation of Member States’ authority by the Commission. Moreover, the General Court judges that the Commission did not justify its rejection of the detailed facts and figures provided by these States to justify their plans, which does not leave them any margin of manoeuvre in implementing the Directive.

These judgments have considerable reach, and in two ways. First of all, they are a reminder of the border between the European Commission’s powers and the powers of Member States: the Commission cannot take the place of Member States in fixing or calculating quota limits. Because of this, EU Judges, once again, protect States from the European Commission’s tendency to usurp their powers in regulating various markets. Secondly, it is not clear that Member States, free to exercise their power, will make good use of it: we have observed an augmentation in the number of quotas and consequently a drop in their price. Therefore, quota prices have gone down by 4%, to 13.20 Euros per tonne. Beyond the immediate economic effects of these decisions, they jeopardise the very existence of a market based upon the strict limitation of greenhouse gasses. If quota ceilings are raised in many countries, the huge supply of quotas will cause a long-term price drop. This decision has been appealed to the European Court of Justice, and we will have to wait for its final decision to end this situation of great legal and economic uncertainty for the EU Emissions Trading Scheme.
Beyond the economic impact directly induced by these judicial decisions, they mostly challenge the core functioning of a market which is based on the strict greenhouse gases emission limitation. Although the ceiling fixed for the total quantity of allowances is often raised by numerous countries, the increase in the offer for emission allowances trading will surely, in the long run, result in a decrease of prices. One must therefore wait for the Court of justice’s judgment, since the parties appealed the one delivered by the general court. This subsequent procedure leaves the EC market of greenhouse gas emission allowance trading in great legal and economic uncertainty.